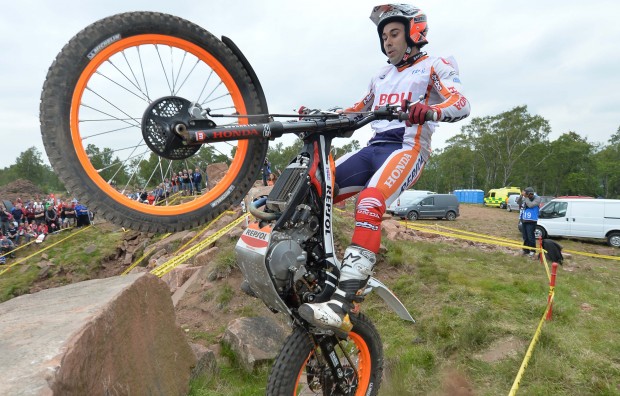 Another victory for Toni Bou in Great Britain in a complicated trial encumbered by tricky ground conditions. The Repsol Honda Team rider maintains his unbeaten streak this season after an impressive first lap which set him apart from adversaries. Jaime Busto finished fifth and Fujinami seventh.

Toni Bou has yet to savour defeat so far in the 2015 Trial World Championship, today lifting the seventh trophy of the season in the Great British rain on day one of the event. Indeed, weather hampered proceedings with intermittent rain making the sections slippery and treacherous, and inviting potential errors.

But while the rain poured, Toni Bou shone over the competition on a first lap completed with an extraordinary final tally of just five marks. The nearest second-place adversary handed in a scorecard with more than double that amount. It was a different affair on the second lap, in which the champion, on the Montesa Cota 4RT, chalked up three consecutive five-pointers early on before making amends with a string of clean sheets that left him with a final total of twenty-one. The Repsol Honda Team star kept the competition in check on the last lap, where in spite of a fault in the final section, was able to collect the seventh championship win on the trot, widening the gap over second-place Adam Raga to thirty-one points.

Fifth final place for Jaime Busto in spite of having found himself way behind in certain sections. The Basque rider from the Repsol Honda Team put up a good fight on the final lap, regaining some lost points on terrain ill-matched to his style, which made the final fifth place all the more notable.

Takahisa Fujinami started the trial picking up an abundance of points with six five-mark penalties on the first lap that left the Japanese rider a long way behind with serious difficulties of pulling back. He marked an improvement on lap two but the closeness of the competition meant that Fujinami was forced to settle for seventh place on the day. The HRC rider holds on to fourth overall.

Tomorrow, Nord Vue will again host the second and final day of the Great Britain GP where riders will repeat today’s route, which features twelve sections to be tackled three times round.

I’m very pleased with the way that it went. Above all the first lap, where I really set myself apart. In the second, I started really badly and they gave me a fault for stopping. On the final lap things went better and I was able to control the race, although I picked up five marks in the final section. I’m very happy with the win and also because Adam did very well today. To be leading the championship by 31 points after winning the first seven races is incredible. I’m experiencing a really sweet moment and I hope that this level of riding lasts for as long as possible.

The sections were fine on the first lap, but it got much more complicated with the rain for the second one. Very tricky for me. Even so, I think that I did well in spite of everything and it could have been even better. I’m feeling better and better all the time on the Montesa Cota 4RT and it’s very easy to improve with this bike and this team.

I started disastrously today. Nothing worked out. It would have been impossible to do it worse. I was losing concentration and confidence. I thought that I would finish last! Luckily, I managed to make a comeback and did better on the second lap although there were a couple of faults. On the final lap I made a mistake in section one and I went from fifth place to seventh. It’s the worst result that I’ve had this year and I’ve got to sort it out tomorrow.

This has been a very important win for Toni for the number of wins and for the points in the general rankings. But also because it was a far-from-easy race. The conditions were very complicated, the sections were very delicate and it was a more difficult event than we had expected with everyone picking up a lot of points. The result for Busto, fifth, is good, but he also made a lot of faults, like Fujinami; so we hope that the break that we’ve got after this race will do everyone some good. Tomorrow, everything will be equally difficult because it continues to rain. We will continue to fight for the best results. 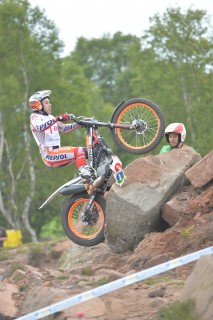 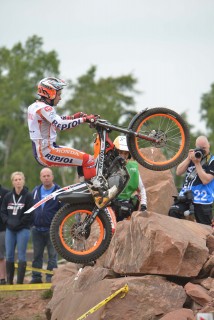 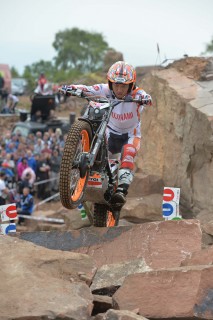 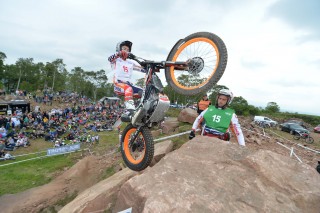 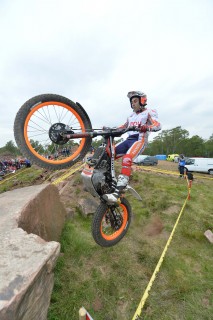 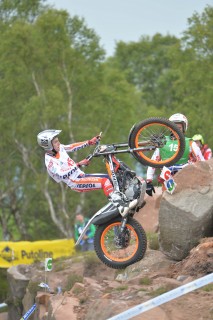 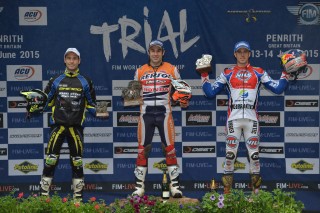 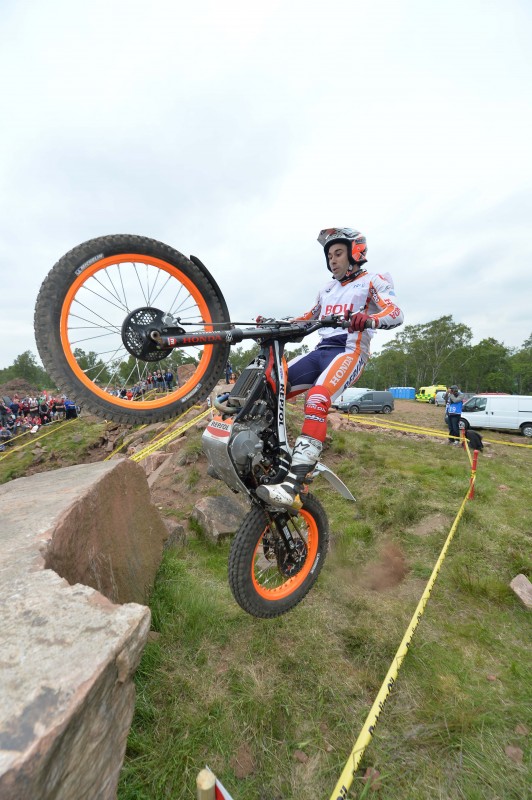