Born on October 17, 1986, and resident of La Massana (Andorra), Toni Bou’s career as a rider began with bicycle trial when he was eight years old. After winning the world championship in this category in 1999, Bou switched to motorcycle trial riding. 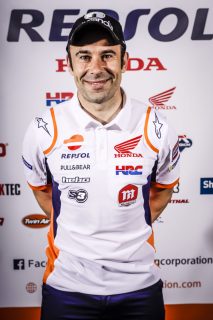 Once immersed in the motorcycle trial discipline, the rider began to amass titles. In 2001 he was crowned Spanish Junior Champion; followed shortly after by the European 250cc Cup, and was the most promising rookie in 2002. In 2003, he claimed victory in the European Championship. Later, in 2005, the rider formed part of the team that triumphed in the Trial de Nations, was runner-up in the Spanish Indoor Trial Championship, and finished fifth in the Trial World Outdoor Championship.

The following year Bou rode to his first victories at the highest level, in both indoor (third in World Championship) and outdoor, where once again he finished in fifth overall place.

Bou signed up to the ranks of Repsol Montesa Honda for the 2007 season, and immediately imposed himself on the Trial Indoor World Championship. Aboard the Montesa Cota 4RT, Toni Bou won four of the eight disputed events in the indoor calendar. This great performance placed him among the favourites to win the Trial World Outdoor Championship, where he likewise stamped his authority on the event with an imposing nine out of eleven possible wins. The Repsol rider then polished off the year by taking the Spanish Indoor Trial Championship for the third consecutive time, and as a member of the Spanish national team in the Trial de Nations.

In 2009 Toni Bou was going from strength to strength in both the Trial World Outdoor Championship as well as the indoor. The rider won four out of five of the indoor events, and seven of the eleven races that the outdoor championship was made up of. Bou finished the season by powering to victory in both indoor and outdoor Spanish national events. In addition, he rode to a fifth Trial de Nations win, as part of the Spanish team, thus finishing off a historic season that saw him winning all five titles in which he had competed.

The Repsol rider headed into the 2010 season without letting up in the slightest, fulfilling his two main objectives for the year; fourth consecutive victory in both the indoor and outdoor editions of the Trial World Championship. Winning four and taking second in the five 2010 indoor races, Bou once again confirmed his absolute domination of the discipline. The Spaniard then sealed the title in the Trial World Outdoor Championship, riding to seven victories out of eleven. He closed the year by once again adding the Spanish Indoor Championship to his collection, and finished runner-up in the Spanish Trial Outdoor.

The rider who hails from Piera, Barcelona, set about retaining the number one bib in the 2011 season. Steeped in talent, and with full support from the Repsol Montesa Honda team, Bou’s performance was impeccable. In March, he secured the title in the new X-Trial —Trial Indoor— after six out of six victories in the calendar; and in September, the Repsol rider took his fifth Trial World Outdoor Championship with 7 triumphs, 2 runner-up positions, and 2 third places.

Once again, with a full set of wins in the Trial World X-Trial Championship, Toni remained untouchable in the second half of the 2012 season. In the outdoor discipline Bou seized eleven victories – eight of them consecutive – as well as a second and fourth place, which allowed him to win a sixth outdoor title with two races still left to dispute. Bou rounded off a near-perfect year by, once again, claiming the honours in both the indoor and outdoor versions of the Spanish national championships.

With a new engine in the Montesa Cota 4RT and the new championship non-stop rules outlawing pauses prior to tackling obstacles, Bou once again shone throughout the 2013 Outdoor Championship and took the title for the seventh consecutive year. In a thrilling head-to-head with Adam Raga, the championship went right to the wire, with Bou securing 7 wins, 4 second places, and 2 thirds. At 26 years of age, the Repsol had reached the impressive figure of 14 consecutive world championships – 7 outdoor, and 7 X-Trial .

2014 saw Toni Bou as ambitious as ever, breaking all records in the process; Bou becomes the first rider to ever achieve eight outright world titles, bypassing legend Giacomo Agostini in the process. In March, Bou rode to victory in the indoor event, and now, six months later, makes history once more by winning the Trial World Outdoor Championship for the eighth time. Trial legends like Jordi Tarrés and Dougie Lampkin have been left trailing in his wake. The new name of Trial is Toni Bou.

From 2007 remain unbeatable at the end of the season: 12 times World Champion at Outdoor series and 12 times indoor -or X-Trial-. This 2018 in Portugal brokes another record: 100 Trial victories in World Championship. The Legend grows much more… 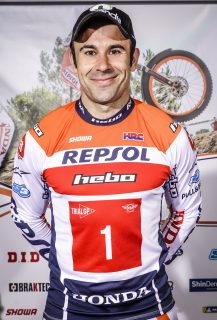 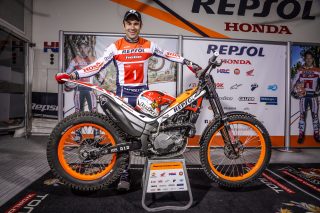 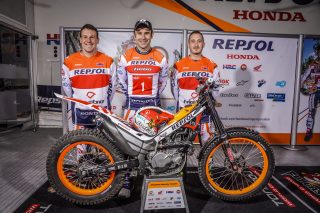 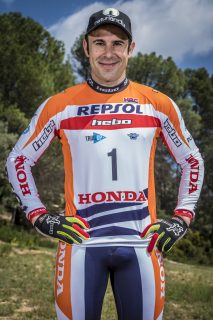 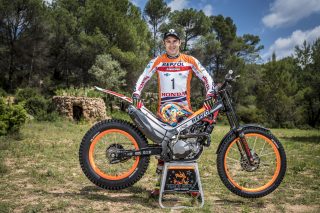 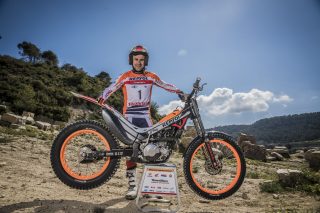 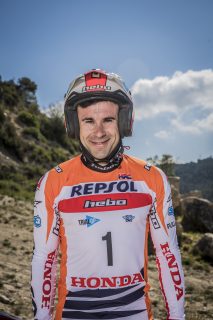 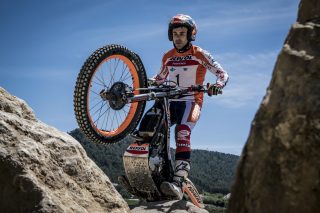 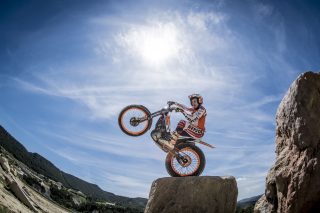 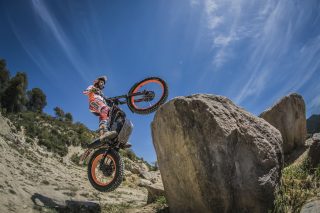 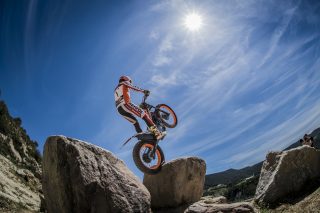 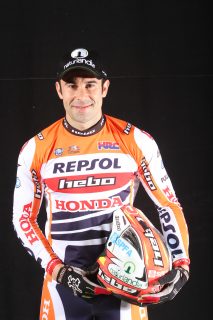 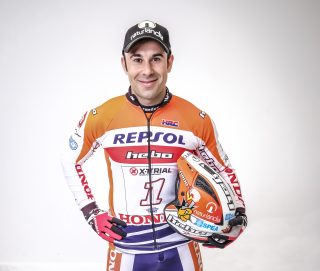