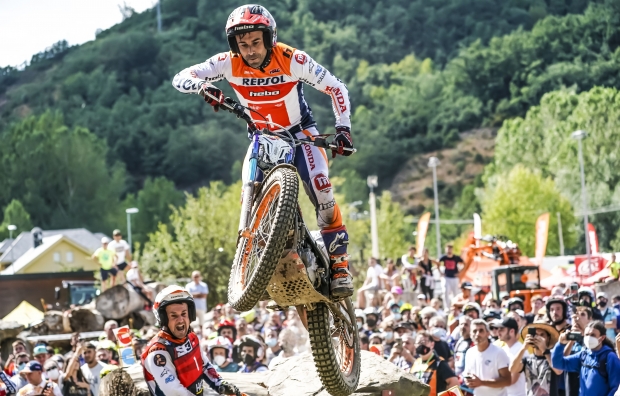 Repsol Honda Team rider Toni Bou won for the second day running in the trial at Pobladura de las Regueras, León, to secure a sixth win of the season. Bou increased his lead in the championship standings to 19 points. Fujinami finished seventh.

As had been expected, Toni Bou had to struggle somewhat at the trial in Pobladura de las Regueras today. Opponent Jaime Busto put the pressure on the champion and it wasn’t until the very final sections that the event swung in favour of the Repsol Honda Team rider. With the triumph, the sixth of the season, Toni Bou increases the gap at the head of the overall championship, now holding a 19-point lead over second-placed rider Adam Raga. Bou needs just a single point next Saturday to be crowned 2021TrialGP champion.

Japan’s Takahisa Fujinami struggled today after being the second rider in the elite category to tackle the sections. “Fujigas” had to make do with virtually no lines of reference from his opponents, leading to a particularly taxing first 12-section lap. On lap two things picked up with the rider eventually going on to post seventh position. Fujinami remains fifth in the world championship standings.

The final event of the 2021 Trial World Championship will be held next Saturday in Gouveia, Portugal. The following day, Sunday 19, the Trial of Nations is scheduled to take place in the same Portuguese town.

We battled hard throughout the trial. I made a mistake in section 8 and I knew that section 11 would be my last chance, I took a gamble and it worked out well. Winning in the final sections is an incredible feeling. I want to congratulate Jaime Busto because he was really strong, not just today but all weekend and I think this is very good for trial. There will be a great final battle with Adam Raga. This is very nice and adds more value to the wins.

I’m 19 points ahead in the general standings, but before the last race in Portugal anything could happen. This week I will have to be careful and for the final race we will have to be very focused so that we don't have any mechanical issues or anything that could prevent us from winning the world championship.

Today was better than yesterday, but it was still tough. I started second, so it was very difficult for me because I had no reference points on the first lap. On the second lap I pushed harder and things improved. The truth is that I am quite satisfied and we are going to fight hard in the final trial of the championship to try to get a great result.

I want to congratulate Toni because today was not an easy win: he struggled a bit but, as always, he fought until the end and with his great handling he was able to take the victory. We've got the world championship pretty much on track, but until the final trial is over, we’re taking nothing for granted. Fujinami has given everything but the truth is that all the riders are very strong and it is very difficult to stay ahead. I want to congratulate him because he always tries and works hard. I also want to congratulate the whole team for the work done this weekend. See you all in Portugal. 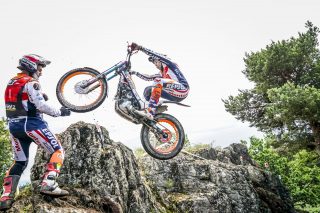 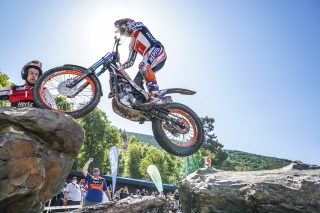 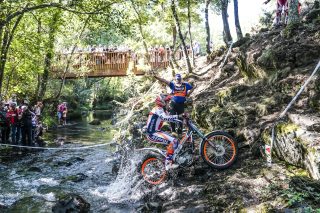 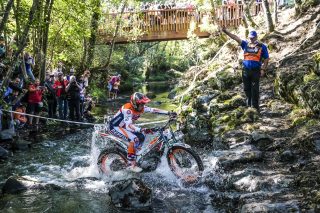 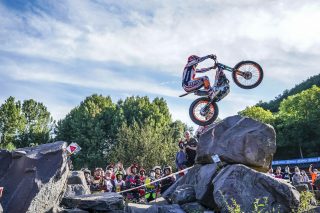 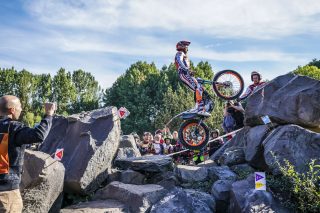 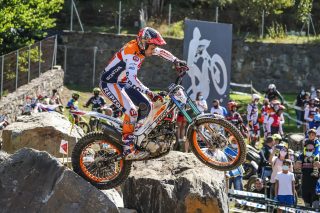 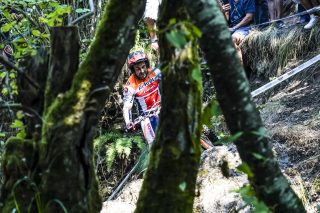 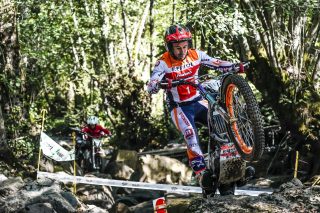 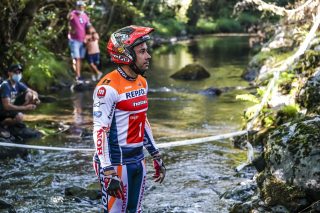 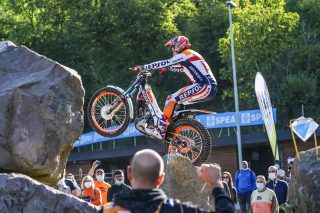 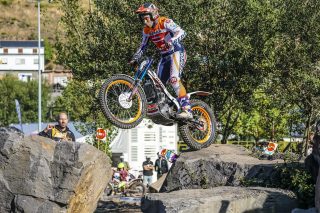 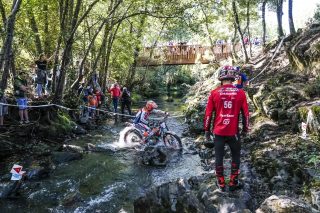 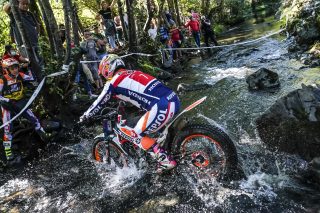 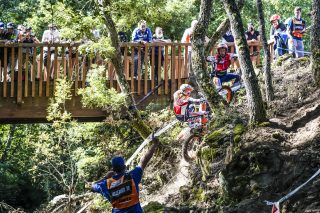 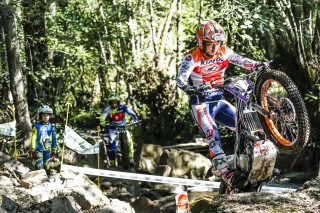 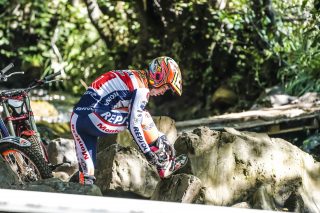 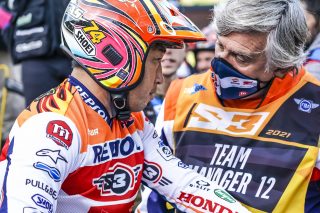 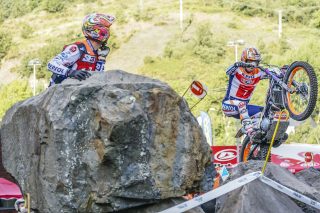 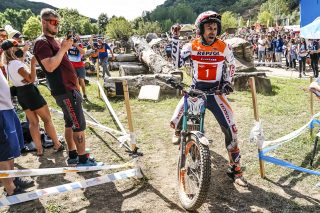 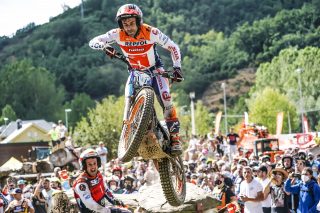 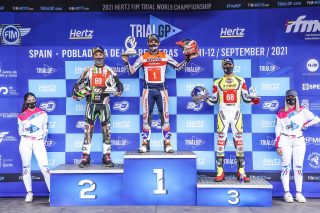 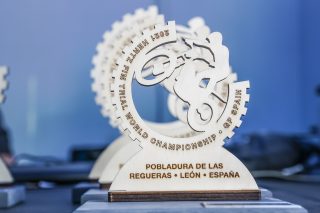 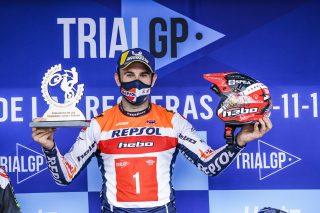 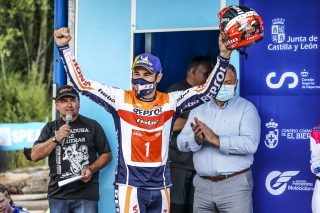 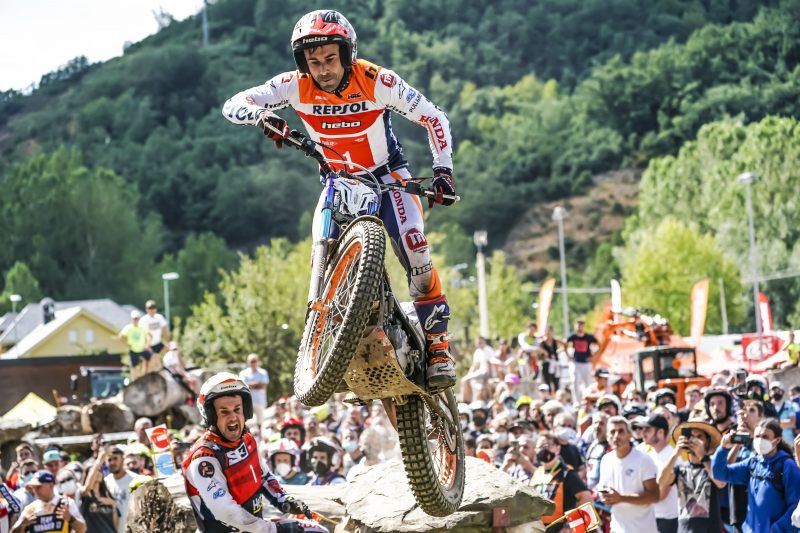