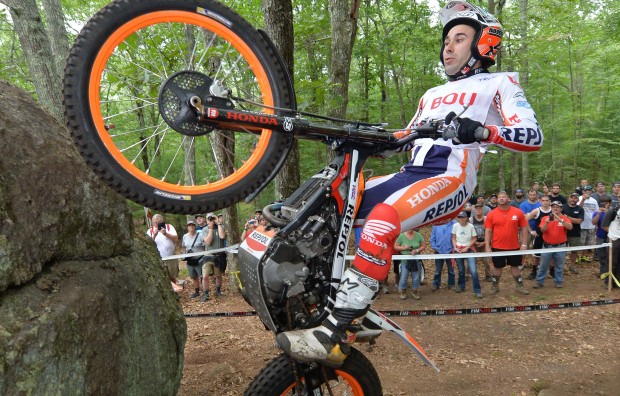 Another double win for Toni Bou in the championship, this time in the United States, as the champion outshines rivals. The Repsol Honda Team rider furthers his advantage at the top of the championship table with triumph number seventy-five.

Repsol Honda Team’s Toni Bou put an end to an albeit short negative spell of three trials without making the top step of the podium, with two clear victories in the seventh round of the Trial World Championship held in the United States. Stepping Stone Ranch, in Rhode Island, witnessed a spectacular Toni Bou aboard the Montesa Cota 4RT, who once again dominated Adam Raga by finishing with virtually half the score of the second place rival.

It took Bou two laps to fend off the opposition with a masterly and unmatchable display. In Stepping Stones, the Repsol Honda Team star collected no less than a 75th career win in the world championship, the 11th of the season and now sits on a 34-point advantage at the top of the championship rankings.

Sunday’s leg of the U.S. Grand Prix saw improvements for the rest of the Repsol Honda Team riders too: Takahisa Fujinami finished fifth, marginally missing out on fourth spot after a mistake in one of the final hazards. Fujigas holds strong in fifth overall.

Jaime Busto finished his first ever American GP with another overall sixth. The young Basque rookie had been forced to overcome gastrointestinal troubles which hampered yesterday’s race, although today – in spite of some errors – ended up handing in the fourth best scorecard.

Next date for the Trial World Championship will be Portugal’s Paços de Ferreira on 5th and 6th September. The event will be the penultimate in the championship where Montesa should seal its eighteenth constructor’s championship title and where Toni Bou could well clinch his ninth outdoor trial title.

This weekend has been a really good one. The trial was quite a complicated one but I was riding really well. I’m very pleased with it. These two victories will make me feel a lot more confident because we have increased the advantage over my rivals and I will be able to take it more calmly in Portugal.
We wanted to win and the result has been unbeatable. I felt very good in the sections, especially after all the work that I’ve done this pre-season with the non-stop rule. Here today I was able to apply all of that training that I had done last winter.

The controls were very strict. They gave me five-points because my minder blew on a stone! I have to admit that I did make a lot of errors. I could have saved about ten marks per lap. The result in fifth place, just off fourth, isn’t bad, but my objective was to make it to the podium. The positive thing is that I’ve improved on yesterday’s result. The negative thing was that I made too many mistakes.

Today I felt much better physically than yesterday when it became really difficult to ride the bike. I’m happy with the result and with the final lap which went really well. The sections hadn’t been changed much since yesterday. The last lap was a good one, but we have to go on improving more.

It has been an unbeatable weekend with Toni’s results. After three races without doing so, winning again and gaining more advantage over the rivals brings a lot of tranquillity and will help relax more for the two final trials. The organisation did a great job and it has been a fantastic trial.
Busto is in the place where he deserves to be and Fujinami did some things right but other things not so much. Both of them have to improve, but they are both born fighters.
For this GP we had had some problems with the delivery of the bikes and the team has had to work at lightning speed to have all the bikes ready to compete. I don’t want to finish without first thanking them all for their dedication. 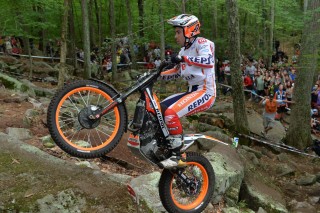 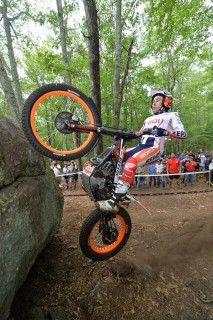 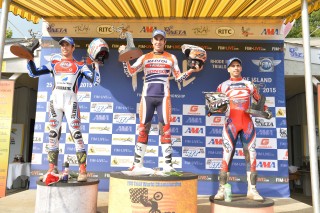 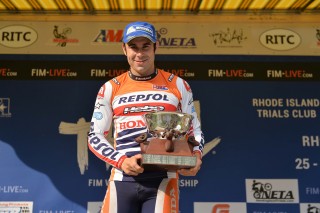 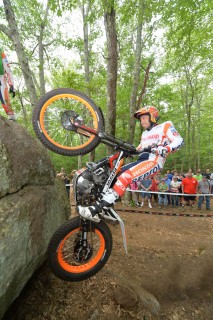 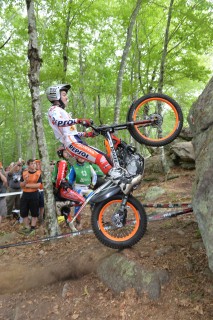 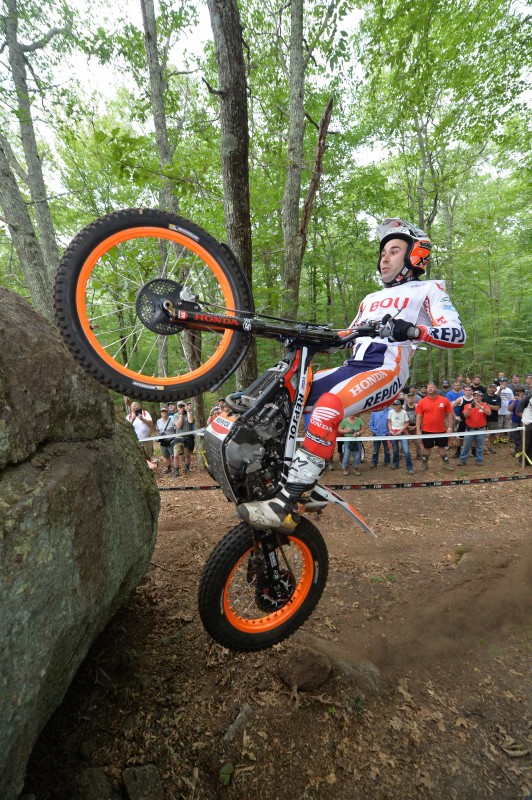