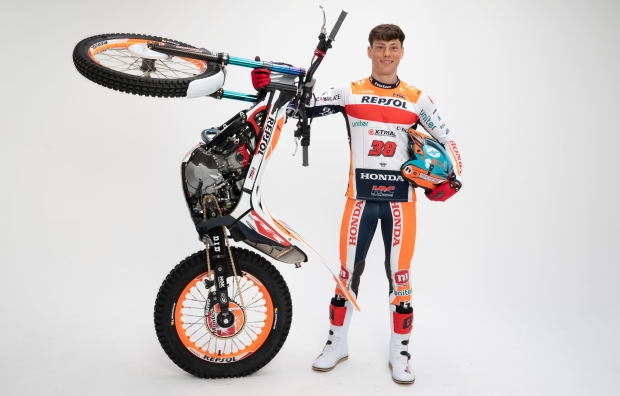 Debut year with Repsol Honda Trial Team for Gabriel Marcelli, considered one of the revelations transitioning into TrialGP, who finished in fifth place in both the indoor and outdoor world championships. The rider spills the beans and shows how high the bar will be set for 2023.

The young Spaniard certainly did not disappoint this season with the Repsol Honda Team, striving constantly to achieve more and improve his riding prowess. Ending the year with a win in the Spanish national championship topped off a somewhat tricky season.

– The first question has to be: How was your first year as a Repsol Honda Trial Team rider and how do you rate the season?
Well, I’m very happy with the team, I haven’t lacked anything; they’ve spoiled me a lot throughout the year and I’ve had great bike. At the beginning of the season I would say that perhaps the colours weighed more heavily on me than usual: I felt a bit of pressure at the start, but as the season went on I settled into the new position and I loosened up more and I was able to ride at my true level.

– What was the best thing about 2022?
The family that is being created in the team. I am very happy about it. We are forming a great team that helps me when I’m training to improve and raise my level. The word that defines it is HARMONY. That tranquillity allows me to improve.

– And the worst thing?
The injuries. It was a season marred by injuries. The foot fracture, the bacteria in my leg… and then, in Pobladura, I broke my wrist and I still feel the repercussions. We didn’t think much of it at the time, but up until now it still bothers me when I ride. These three major injuries that have prevented me from improving.

– You say that you’ve felt comfortable in the team, that they’ve treated you well, with a great bike… So… what’s the difference between you and Toni Bou? Only 32 titles?
(…laughs…) The truth is that right now, in terms of equipment and the bike, there is no difference. I have everything I need and want. What I need is a bit more experience and to take that extra step towards Toni. He has a lot of experience after so many years. The aim is to train harder than ever, to set up the bike right, to continue to ‘bite the bullet’ and to keep improving.

– And what does Toni say?
He supports me so much. He really helps me a lot; he’s super-humble. And if I need help in setting up the bike, he doesn’t hesitate at all. He has always been there for me when I’ve asked him for advice and hopefully I’ll be able to compete against him in the world championship. I think that’s the goal of the team, of the Repsol Honda Trial Team and mine too. We have to work hard.

– You spoke about the bike; how different is this bike from the one you first rode when you joined Montesa Talent School?
There has been a huge evolution. From 2016 to now it has changed a lot. But the production bike has also changed a lot in six years. From last year to this year, I had a great bike and now it’s much better. It has been a qualitative leap in terms of engine, because as far as the suspension and chassis goes it has not changed much. The improvement has been with the engine performance, which works very well for me.

– In the Spanish championship you wear the number 3 and you were trying to improve upon it. You were on the verge of finishing runner-up, but you had a fairly weak start to the year which took its toll on you. Even so, you finished the year with a win.
The same thing happened to me as in the TrialGP World Championship: I went from zero to hero. At the beginning of the season I put too much pressure on myself. Maybe I wanted to prove myself and that worked against me. As the season progressed I settled into it a bit more and I began to see the options I really had. In the last few trials I was super-strong, I was edging closer to second place and I won the final trial, but I narrowly missed out on the runner-up spot.

– So, what is your goal for 2023 in the Spanish national championship?
To start 2022 the way we finished it: to battle for the win in every trial and to win several of them. It would be great to start like that and then improve the results as the season goes on. I prefer that, rather than starting strong and then dropping points throughout the year.

– The 2022 X-Trial World Championship started without you. You joined the competition in the second event and needed to make up for the points missed in the first trial, which proved more than your skills were up to. Then, you arrived in Madrid and it became clear that you were at a very high level.
I started with a lot of nerves, yeah, and at a disadvantage. I was a bag of nerves in Chalon-sur-Saone. It’s an intense championship, with trials that have very little time to show what you’re capable of doing. The first trial didn’t go that well for me, but then in Madrid I relaxed more and things started working out. I had a fall in which I injured my foot and a fortnight later I had to compete in Barcelona and, obviously, things didn’t go as we expected. We knew we weren’t arriving on top form, but we picked up some points towards the championship. In the rest of the trials I was better: I found my place, I rode with my head… I made some mistakes, but I think I rode at a high level and I showed that I could be there among the frontrunners and that I am ready to battle for the podium in 2023 all season long.

– In TrialGP, with so few events, it was difficult for you to get into the top five, but in the end your consistency saw you finish fifth.
In the outdoor world championship, all the riders surprised me with some very strong, high level riding. Sixth place is unacceptable. Over the year things got better and better, but in Germany I was convalescing after more than a week in hospital because of a bacterial infection that affected my leg and I wasn’t able to train for a fortnight. I wasn’t at full fitness. I was able to compete in the trial and finished better than I expected; I picked up some points and in the last world championship trials I felt better, riding at a higher level. I took fourth place on three occasions. For 2023, the goal is to stay in the top five, to be consistent and try to be on the podium in as many events as possible.

-You are physically one of the strongest. How do you prepare for the competition psychologically?
I was about to go to a sports psychologist in the middle of the season. I had already dealt with one a couple of years ago. I learnt some ‘tricks’ to use in competition… I considered going back to one this year, but in the end I decided against it because I pulled myself out of the fire. And I hope to continue like that because it will mean that things are going well and I don’t need that external support.

– You were recently in Japan at a special end-of-season party: the Honda Thanks Day which came back after two years due to the pandemic. What did it mean to you?
It was special. Toni and Fuji had already told me about it. And to be able to be part of the ceremony is something special. I take a lot of experiences with me. It’s nice of HRC and Honda because it gives you the chance to meet ‘the great Honda family’.

– You already knew Marc Marquez from the Repsol team, but Verstappen and ‘Checo’ Perez, Gasjer and Fernandez, Brabec and Quintanilla?
You are with the crème de la crème, with the best of all motorsport disciplines. It’s a dream come true and the fact of being together for several days makes you feel a little more important, to be one of them. It was a great motivation.

– When the hangover from the party is over… the work for 2023 got underway with the HRC technical team there in Japan. What can you tell us about the improvements to the bike?
The truth is that there are no major changes and the bike is quite similar to this year’s version. We were testing some engine and clutch settings, which is the only thing we want to improve because everything else works like a charm. As always, there are some things going well and other things less so. The fact that we can be there with the Japanese and transmit directly to them what we are looking for is very good. They are going to do more work and make new parts. And over these final days of the year we will work on these references to see if we have really been able to improve the set-up.

– What do you ask of 2023?
I hope to start as I finished 2022, with a high level and results and to take a great leap forward and have a year the way I would like it, getting better all the time. If we start at the level that we finished 2022, I’ll be happy.

– We’ll leave it there… hoping for a much better 2023. Have a Merry Christmas!
Thank you very much too and Merry Christmas to all the fans and supporters of the team. 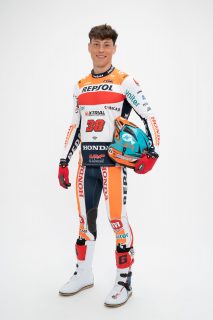 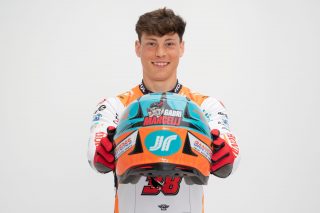 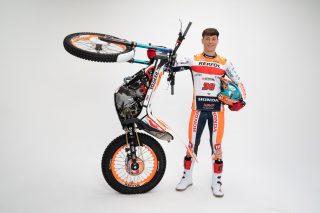 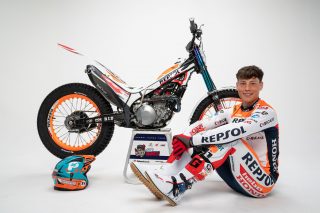 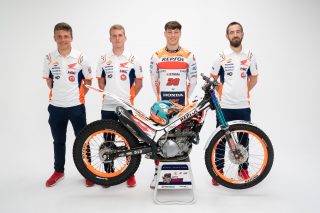 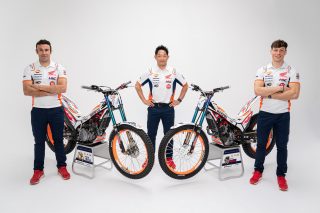 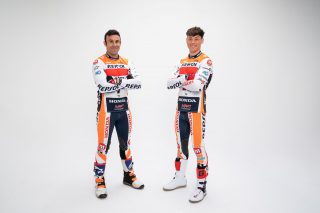 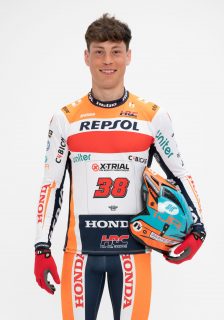 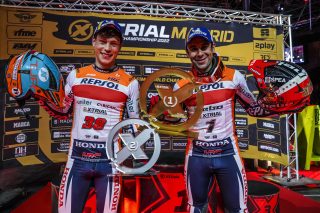 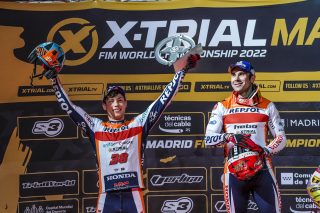 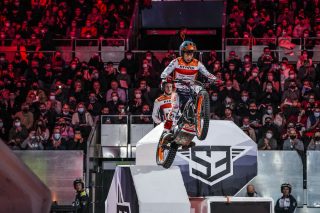 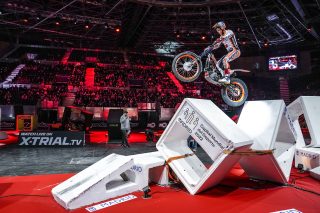 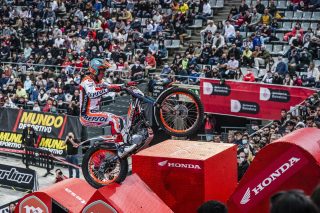 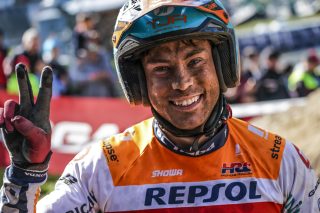 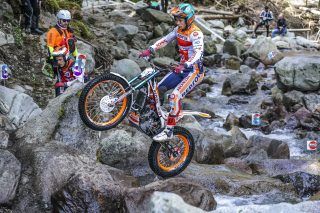 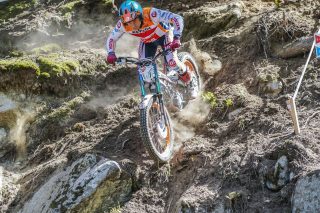 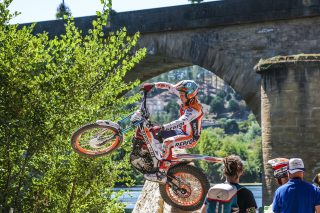 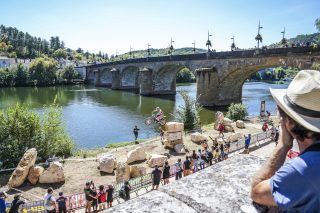 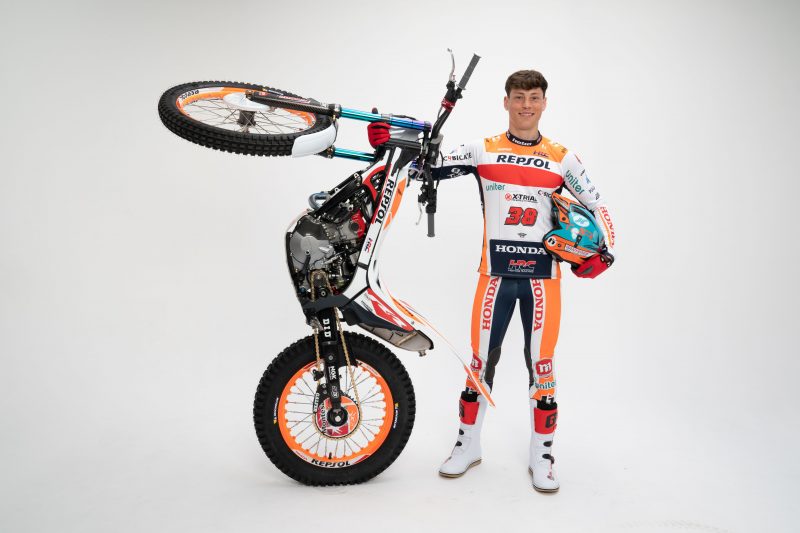