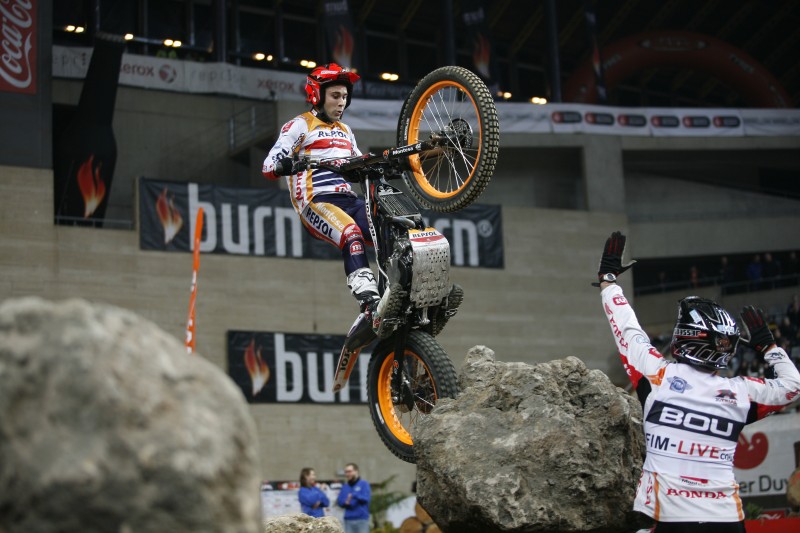 The 2015 motorcycle season kicks off with the X-Trial World Championship. Sheffield, UK, will be hosting the event, which will test eight times champion and current top-spot incumbent Toni Bou and the Repsol Honda Team to the limits.

Repsol Honda Team’s first stop-off of the 2015 indoor season will be held, as it has been in recent years, in Sheffield, United Kingdom.

Toni Bou jump to the arena again with the intention to remain in impeccable form that has allowed him to clinch no less than eight consecutive X-Trial titles. These, plus the eight already bagged in the outdoor discipline, add up to a total that make Bou the most successful motorcycle rider in history.

Record of consecutive wins
The game plan for the Repsol Honda Team rider couldn’t be clearer: to secure a final victory, to hold on to the world title, and to break a new record for consecutive triumphs, after five seasons in which Bou and his Montesa Cota 4RT have occupied the top step of the podium. Bou has now chalked up a total of 26 consecutive wins, which means the Spaniard has remained unbeaten since January 31st 2010.

Takahisa Fujinami recovering from a knee injury
Toni Bou, after an intense December of training, will be jostling for top place in the new season with the usual suspects, but will have to do so without his regular Honda Repsol side-kick Takahisa Fujinami, who has made the decision to sit out the X-Trial season and concentrate on a full recovery from his right knee injury. The Japanese rider, a resident of the Costa Brava, has every faith that he will be back to 100% for the opening of the Trial Outdoor World Championship.

The X-Trial World Championship gets underway in Sheffield (U.K.) and will consist of six scored races. Marseille (France, January 31) hosts the second event. Pau (France, February 6), in the French Pyrenees will be home to the third, followed by Barcelona’s Palau Sant Jordi (Spain, March 8). The season will finish with events in Wiener Neustadt (Austria, March 14) and Oviedo (Spain, March 29).

The X-Trial rules for this season, will include some changes to the structure of the competition. The semi-final is set to disappear. Likewise, after the first qualifying lap with the eight riders, will pass to a single final one to be disputed by the four best riders from the previous round.

Repsol Honda Team would like to finish this release by wishing you all the best for 2015, and hope brings us as many sporting successes as 2014 did. Peace and joy to all.

“The season is about to begin. We barely have enough time to celebrate it with our families; we’ll only be resting on Christmas Day, and then it’ll be straight back to training to prepare for Sheffield.
I won’t start out trying to defend the title. I already have eight; I will be trying to win it. I want to have a good race in Sheffield, but it’s complicated there, because it is not a very difficult course, so we can expect a very close finish.
I think we have prepared the bike very well. There are no changes from the end of last season, but we do have to get up to date with the indoor specifications; a lot of power and a lot of control; something very difficult, but I think that we have found the sweet spot.
Also, I’m setting out to win, because the more races that I win, the better. I know that one day this winning spell is going to come to an end…. but let’s hope that it’s later rather than earlier!
I’m really looking forward to getting back in the competition. Since the middle of November we have had a lot of events in Italy, in Japan… but very little training. As far as the month of December’s pre-season training has gone, we’ve upped the level of physical fitness as well as training. You’ve got to be in really good shape to get the whole way through the season.
Lastly, I’d like to say that this year I will miss 'Fuji', although he will be coming to a couple of races. He has always given me great encouragement, and has been a great team-mate. I think that the spectators will miss him too for the show that he always puts on. But convalescence is top priority, and he has to be at his best for Japan. Merry Christmas to all, and let’s hope 2015 brings more success!” 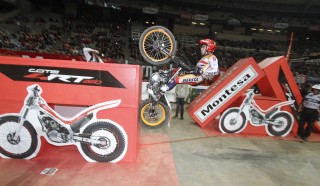 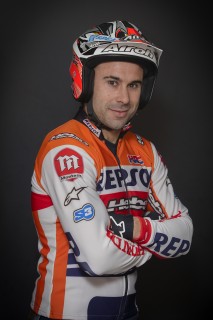 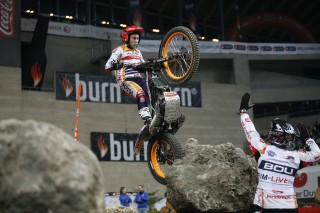 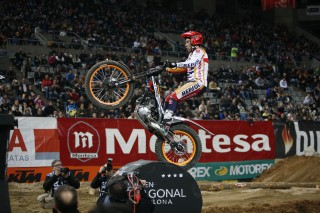 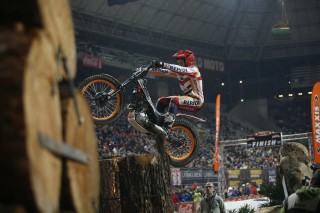 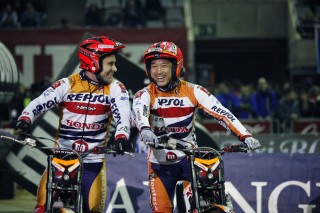 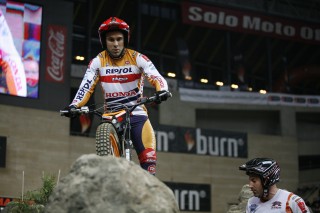 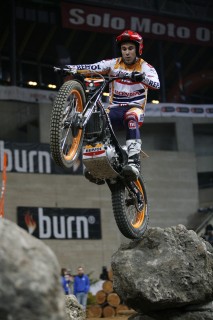