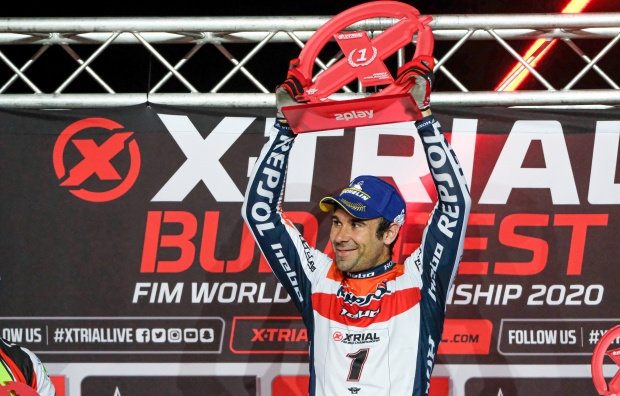 Repsol Honda Team rider Toni Bou burst back onto the 2020 trial scene, snatching a 65th career win in the indoor discipline, in the third points-scoring round of the X-Trial World Championship held in the Hungarian capital Budapest.

Budapest played host to round three of the FIM X-Trial World Championship where the spectators in the Laszlo Papp Arena were treated to a thrilling display from Repsol Honda Team rider Toni Bou.

Bou cruised through the opening qualifying round to claim a spot in the second knockout phase. The champion scored better than the other seven riders over the five-section preliminary phase.

Subsequently in the knockout phase, Bou again fared better than adversaries Gabriel Marcelli and Jaime Busto, earning himself a place in the Grand Final against Adam Raga.

Bou and Raga, both displaying top-level riding skills, faced off in the final over six sections, only to finish tied on points. The ‘run-off’ section failed to decide the winner, with both riders fiving the section. Eventually the victor was adjudicated to be Bou on merit of a count-back, the reigning champion having scored better in the second round.

It was thrilling conclusion to a highly-intense affair. The triumph at X-Trial in Budapest marks a 65th career victory for the Repsol Honda Team ace, further consolidating Bou’s grip at the top of the overall rankings. Bou now boasts a 15-point advantage over Adam Raga.

Repsol Honda Team will be back to tackle the fourth round of the X-Trial World Championship on Sunday February 2 in Barcelona’s Palau Sant Jordi.

It was a really, really tough trial. Adam rode really well today. We were able to win the first round and also the second which proved decisive for the final run-off. I gave it everything in the final, but I wasn’t experiencing very good sensations, and I couldn’t find my balance, but I had enough aggression to keep fighting until the end, where I cleaned the two final sections while there was everything still to play for, so it all turned out fine in the end. I want to congratulate Adam because it will be really tough to beat him this year.

Today was a trial where Toni achieved a very hard-fought triumph. Adam Raga is always a great rival, we don’t have to be reminded of that. But today I would also like to point out the fine showing by Gabriel Marcelli. In his first year as a rider in the World Championship, he produced a fine performance to finish third. We send our best wishes, as usual, to the entire team who have made great steps to get us here. Many thanks to all of them. 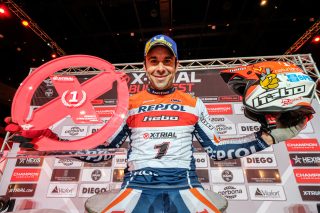 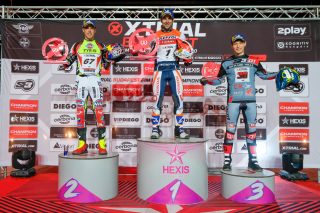 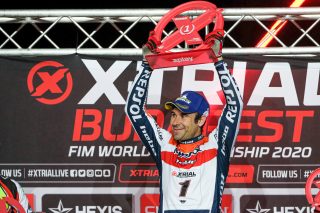 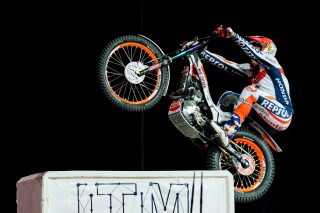 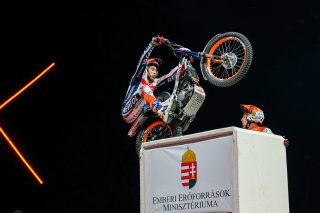 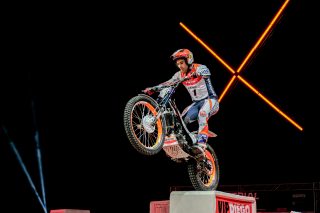 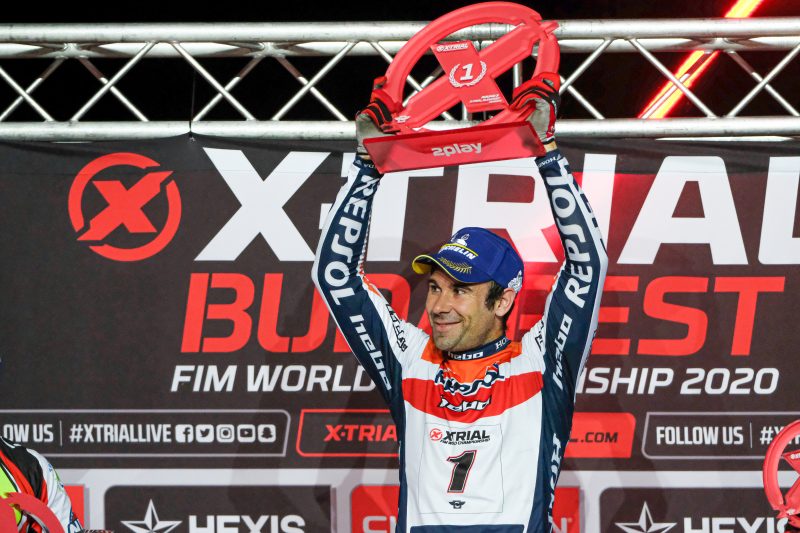