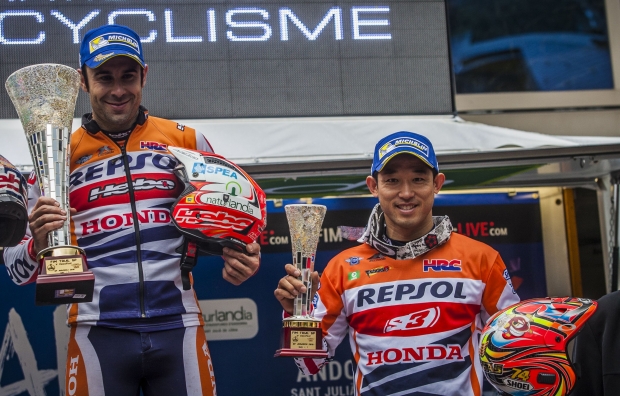 It was Toni Bou and Takahisa Fujinami who were smiling down at the crowd from the rostrum at the end of the first day in the Andorra GP. The two members of the Repsol Honda Team battled through a tough day to finish in first and third spots respectively. Jaime Busto once again missed out on a podium place by the skin of his teeth after yet another error in the final section.

Yesterday, the riders from the Repsol Honda Team had looked over the sections and arrived at the conclusion that there were few highly-demanding zones. However, overnight rain transformed the ground into a mud-filled mess of damp lichens and wet roots, raising the difficulty level considerably as riders passed through.

Once the trial was underway, parity at the head of the course was the order of the day, with the smallest margins separating the two riders disputing the championship title: Toni Bou and Adam Raga. Astride the Montesa Cota 4RT, Bou finished the first lap just a point clear of Raga in spite of having punctured the rear tyre in section 13. Nevertheless, Bou pressed on through the following sections but was unable to avoid a five-point penalty in the final section, in which Raga cruised through mark-free. However, the penalties for excess time on the first lap were enough to put Toni back at the head of the overall standings.

Bou, now with the wheel changed ahead of the final lap, set out to make amends and by the time he arrived at section 14 had accumulated just two penalty points. This proved enough to open up a large gap over nearest rival Raga whose twelve marks weren’t sufficient to match the six of Bou.

The trial marks a fourth consecutive victory for Bou and a fifth so far this season. Bou sees his advantage at the top of the championship’s general rankings increase to fourteen points.

Takahisa Fujinami was looking well-placed for a podium finish throughout the first lap of the eighteen-section course. However, on the second lap, a strong response from Albert Cabestany early on appeared to put the Japanese rider’s position in jeopardy. Repsol Honda Team’s Fujinami was able to hold it together with a solid final stint that secured a third place on the podium and consolidates his third overall position.

Jaime Busto got the trial off to a good start too. His impetus saw him occupying a potential podium place for a large part of the event, yet once more, several setbacks such as the fault in the final section, meant that the rookie marginally missed out on the coveted podium place.

Tomorrow, Sunday, sees the final day of the Andorra Trial GP. The course will once again feature two laps of eighteen sections, although it is likely that some of these will be modified from those of today’s route.

I’m very happy. I wasn’t able to win here last year and the trial had started to get a bit complicated. I’m very pleased with the way the race has turned out – it was difficult to get the victory. I want to congratulate Adam because he had a great race and he brought the best out of me on the second lap. It’s a very important win as far as the championship goes. We have to stay focused and keep going in this direction.

This podium finish is really important to me, because it’s a different one to the one I achieved in Japan. We have worked a lot in heights and I think that the result reflects all the work. The bike has performed really well and the three riders: Toni, Jaime and I were all in the running for the podium. I felt very comfortable, but at the end of the first lap with the pressure of time, I made a few mistakes. On the second lap I held things together making few errors. I’m happy about it.

I didn’t start the trial very well, but things went better as the race progressed. On the second lap there were some sections that went really well for me – I was the first rider to get through a section that nobody else wanted to do and I got through it with a zero. But in the final section I stopped and I picked up a five. I missed out on the podium by two points. I will try again tomorrow. 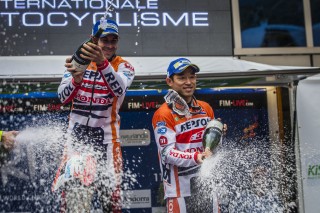 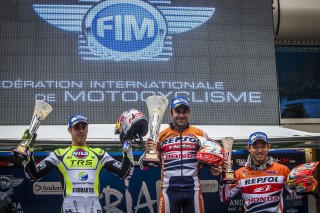 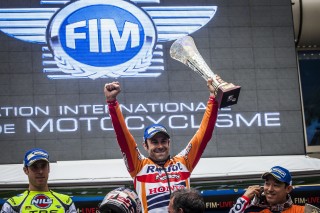 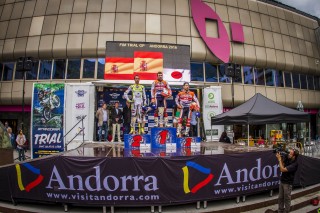 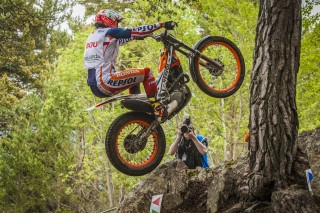 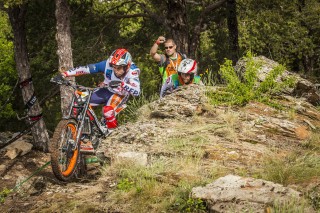 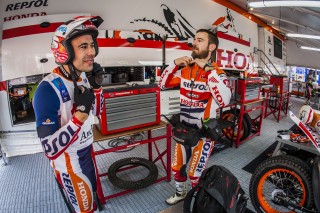 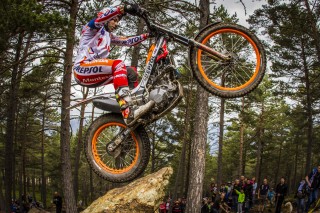 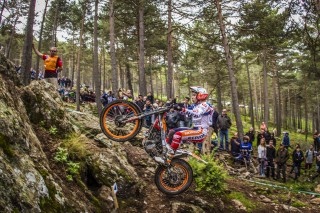 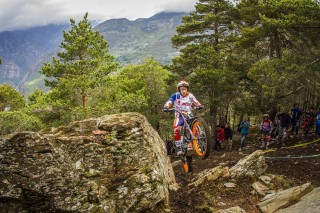 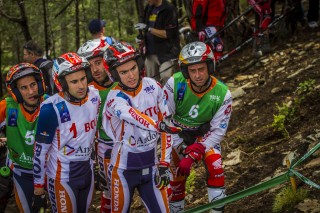 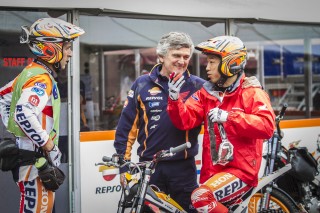 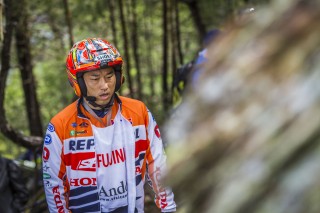 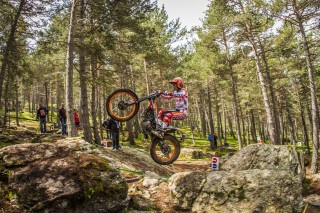 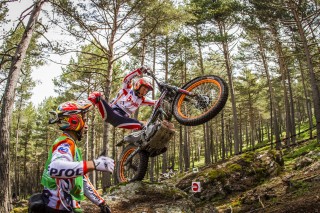 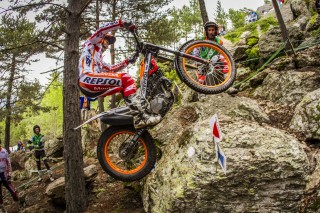 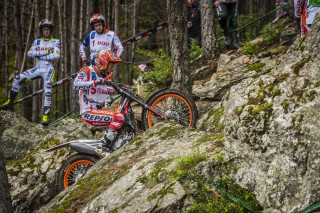 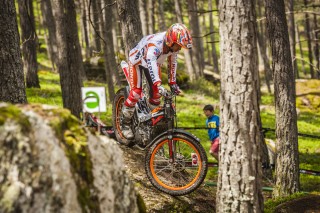 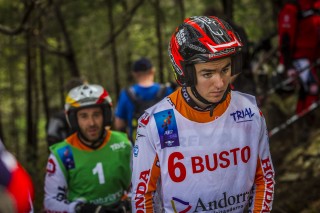 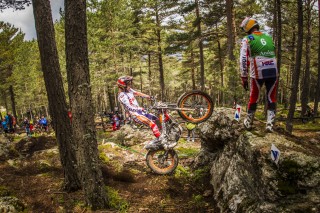 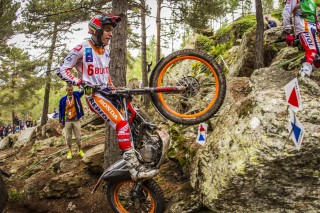 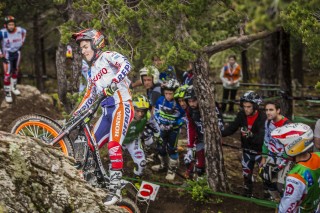 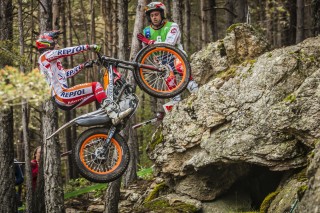 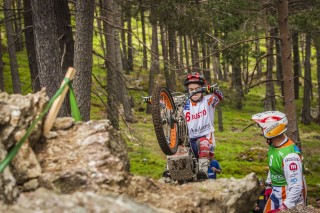 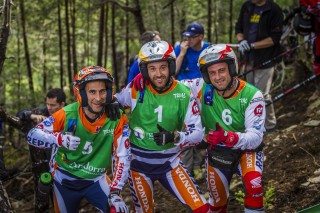 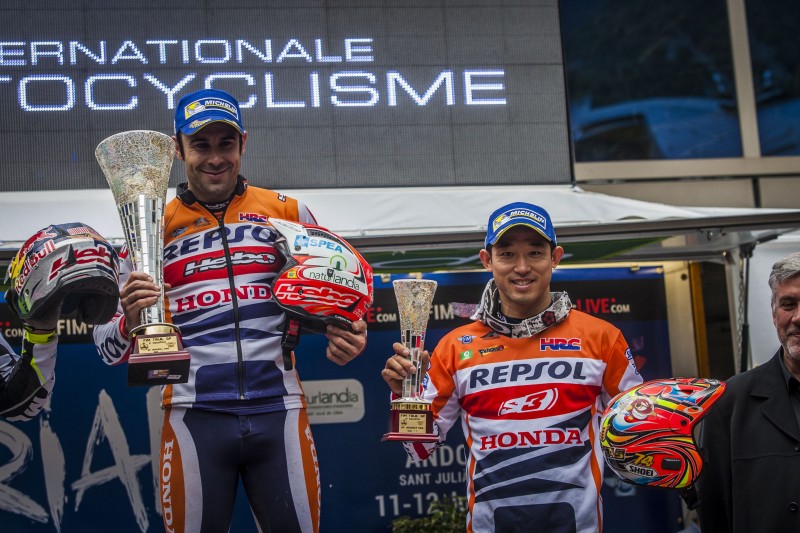