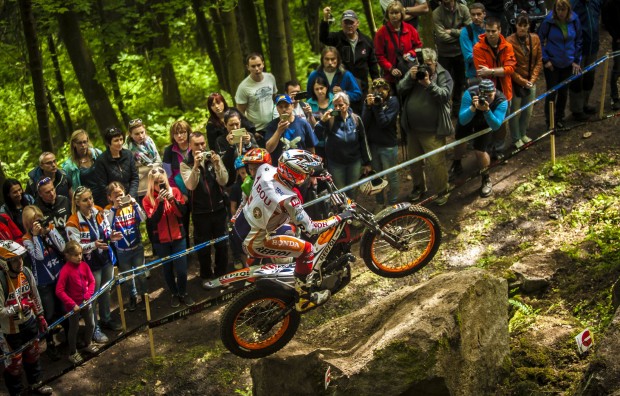 Toni Bou was the dominant force this weekend in the Czech Republic Grand Prix with the Honda rider winning both the races held in Sokolov. Repsol Honda Team team-mates Takahisa Fujinami and Jaime Busto finished in fourth and fifth places.

Toni Bou has so far scored four wins out of four in the world championship and today, once again in the second lap, put on a display of his lethal ability to react, setting the day’s fastest time in a race that had not quite started according to plan. The Repsol Honda Team ace rode the highly technical sections against the lush backdrop of Sokolov forests. In this 100% natural setting, competitors were forced to keep their wits about them in a particularly demanding event. The triumph stretches Bou’s advantage at the head of the overall leader-board to eighteen points in the world championship.

Repsol Honda Team’s second rider Takahisa Fujinami reacted well after yesterday’s struggle, digging deep and finishing one more among trial’s elite. The Japanese rider finished just shy of the final podium but will come away content at the thought that last season’s knee injury today caused little bother and the ordeal is pretty much behind him.

Jaime Busto set off after the previous day’s fourth place intent on improving. The first lap saw the rookie make a few errors which the Basque rider then attempted to remedy in the second. The third and final lap saw the talented youngster take the third best score.

There will be little rest for the riders after the Czech Republic GP as the world championship transfers to Sweden next weekend for the third date in the trial calendar.

It’s been a great weekend. Yesterday I took it quite easy but I had things a bit more complicated today. I was third on the first lap but I put in a really good second one and reacted well. You can’t always win it, but I’m very pleased to have picked up only four points on one of the laps. A lot of it is due to having trained a lot at the Non-Stop during the winter, which even though I don’t like it, I’ve had to make an effort to improve. I’m happy with the weekend and how the championship has started.

I’m pleased with today’s fourth place, although I didn’t make the podium. I picked up a few faults, which means that I should be able to do better in the coming races. I would like to congratulate both Toni for his four victories and Jaime for his great results. The team has done a great job this weekend.

Today started quite badly. I tried to stay focused but it all went the other way. I did the first lap terribly and the second. But in the third I did it really well and I improved my riding a lot and managed to get a far better result that I had been expecting.

It’s been a great weekend. Results like this really help the team to get ahead. Toni had a fine race today, although not an easy one, but it’s been an important one as it opens his advantage at head of the championship table. Fuji too got a great result when you take his physical condition into consideration. He will probably be able to improve, but we will have to take it one step at a time. Jaime, like yesterday, is getting magnificent results and is learning a lot. It’s his first year with us and with this kind of bike, but everything that he achieves is positive for him and for us.
One has to also thank all the rest of the team who are behind the riders. The team is crucial to get everything running smoothly. Thanks to all and we’ll try and do it all over again next week. 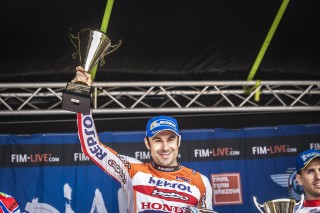 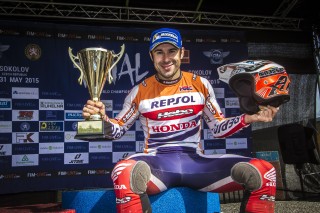 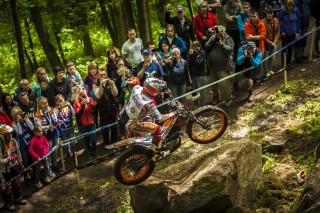 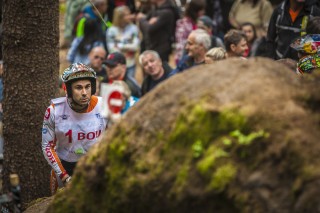 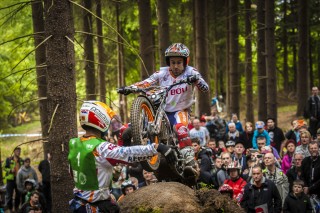 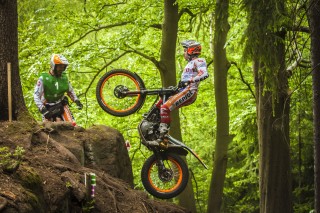 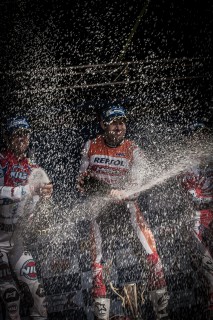 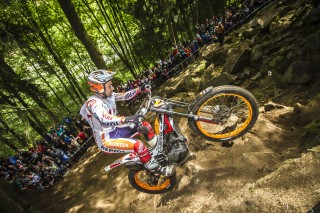 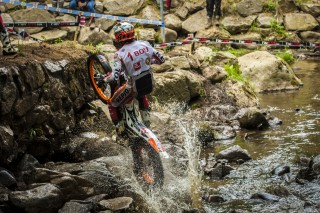 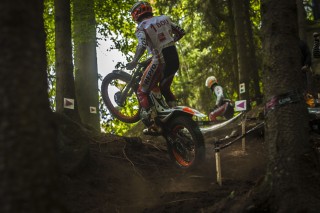 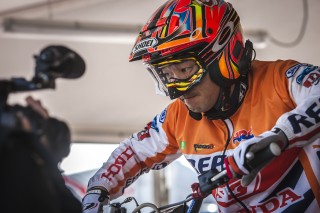 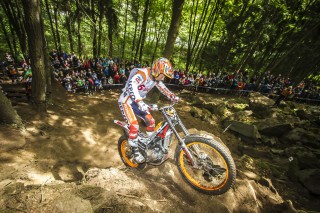 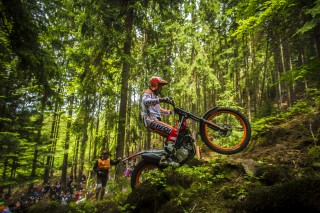 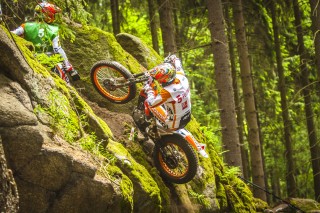 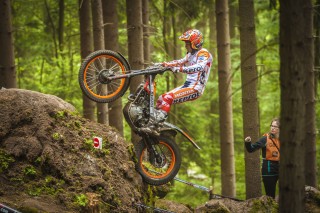 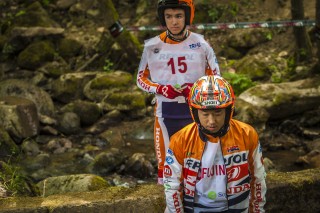 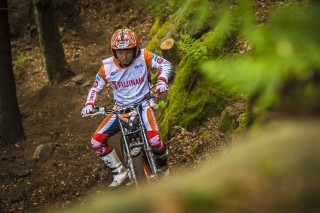 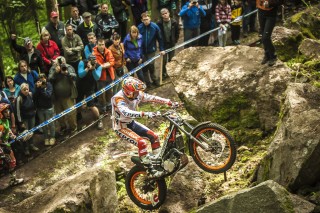 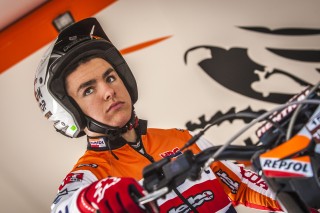 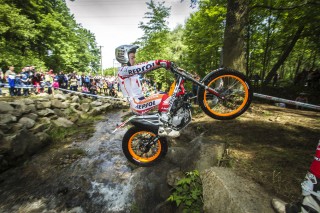 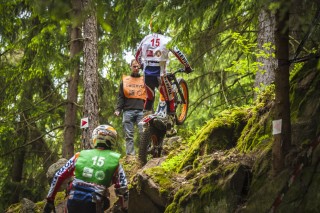 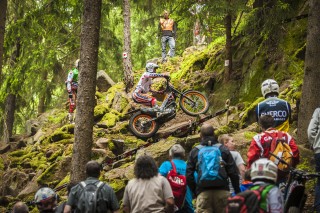 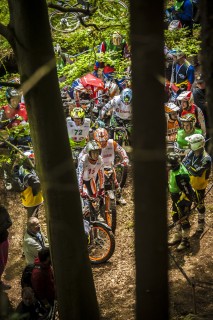 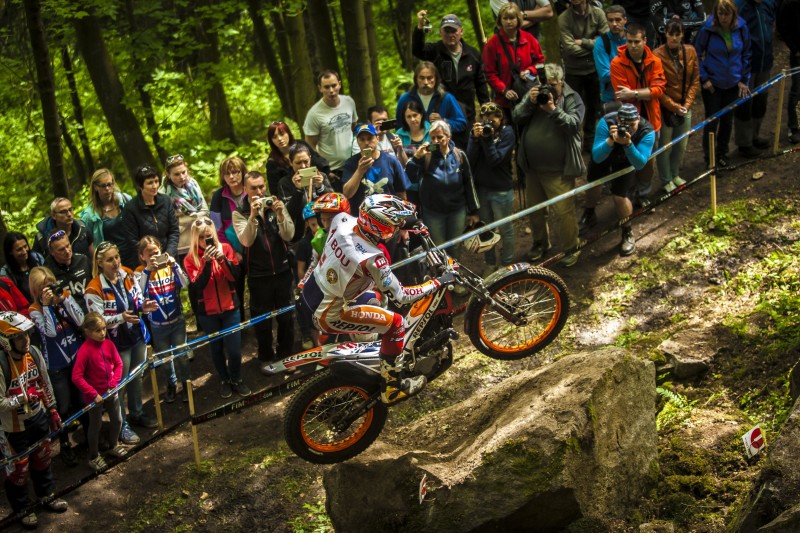