Repsol Honda Team got the Trial World Championship off to a fine start this weekend at the Motegi circuit. Current champion Toni Bou replicated yesterday’s triumph with team-mate Takahisa Fujinami taking the runner-up slot. Jaime Busto was once more in a notable sixth place.

Toni Bou goes home from the world championship opener in Motegi with two victories clinched and 40 points in the bag. Two resounding triumphs with a display of class and dexterity show the Repsol Honda Team rider remains the competitor to beat. Bou commenced the second, slightly more complicated day of the Japanese GP commanding the field from obstacle one and entrenching himself in the top-spot throughout the entire three laps of the twelve-section course.

Toni Bou raised his game considerably for the second day at the Motegi circuit allowing him a more laid-back competition. Picking up seven points on the first lap gave the Spaniard a fourteen point advantage over the nearest rival, a cushion which served well on the second lap which saw Bou unexpectedly score a couple of faults. By lap three the Honda maestro was once again displaying excellent form, riding on to yet another triumph. Bou, cruising eight points clear at the top of the leader-board now also holds the record for wins in the Japanese GP having taken top honours on twelve occasions.

Repsol Honda Team team-mate Takahisa Fujinami had a fearless day out in front of the home crowd finishing second and proving the injured right knee is well and truly recovered. Astride the Montesa Cota 4RT, the popular Japanese rider improved throughout the event before putting in an equally high-level final lap that placed him alongside companion Bou on the final rostrum. Fujinami lies in third in the general rankings.

Rookie Jaime Busto wound up his first Grand Prix in the World Pro category with a hard-fought sixth place, which will go down as the best ever start for a novice in the competition’s history. Repsol Honda Team’s prodigy is sixth in the overall standings.

The second GP of the world championship season will take place in Sokolov in the Czech Republic on May 30 and 31.

I’m really pleased with the Japanese Grand Prix. I think that I put in a really good first and third lap. In the second I picked up a couple of faults, but I was able to pull it back. I’m very satisfied with the wins, with the way the trial went and the way I performed as well as taking the first two places on home soil for Honda. It’s been an unbeatable day for the team.

It’s an amazing sensation to have finished today. I’m really happy and I’d like to thank all the doctors who have helped me to get over the knee injury. Today I was feeling good, although I thought I was picking up too many errors but I realized that I could make the podium. For me, sections six and seven were really difficult, but on the last lap I really focused myself and only picked up one point from section five onwards. Thanks a lot to all the people who have believed in Fujigas!

Yes, I’m really pleased with the way things have gone in the Japanese Grand Prix. In general, everything went really well. I didn’t get off to much of a start and I had a bit of a disastrous first lap, but after I was able to make it up and things went better. I felt a lot better today in the hazards and I was performing at a higher level.

We couldn’t have asked for better results on the first day of the world championship. We finished the day yesterday hoping to improve on the results and that is exactly what we did today. We are really pleased with Fujinami’s recuperation – his second place feels like a victory. But, of course, the win was for Toni Bou, who led from the first section, although we’ll have to highlight all the effort that Fujinami has made over this period of time. Also, we have to point out Jaime Busto who is really on the right path. We are very happy with the weekend’s results and we hope to go on like this. It’s been a really positive Japanese GP for Repsol Honda Team. 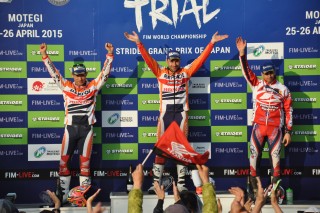 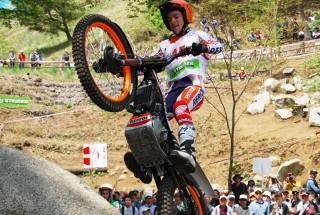 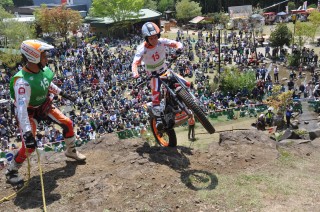 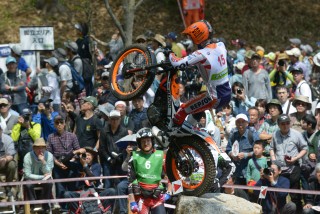 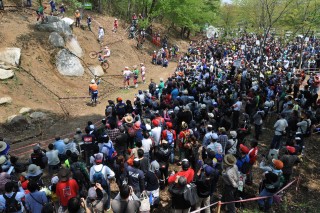 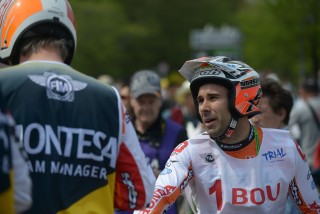 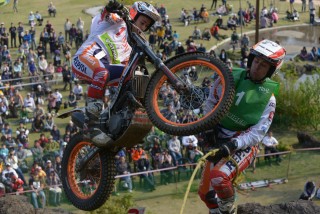 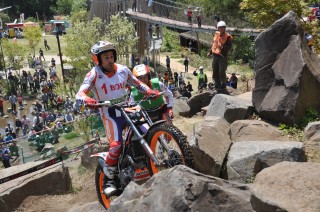 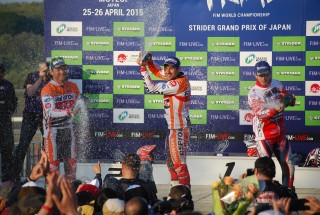 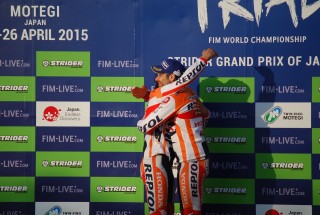