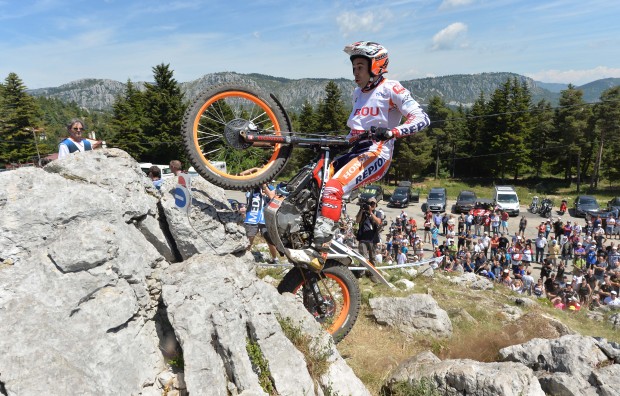 It was onwards and upwards for Toni Bou, with a ninth consecutive victory this season after the first day in Andon, France. Astride the Montesa Cota 4RT, Bou set out his stall early with a fine first-lap display that immediately set up a clear advantage over his closest rivals. The Honda star had practically finished with the competition by the end of lap two, with a very low score amid the slippery, yet not technically demanding sections of the Andon course. In spite of a fault in the first section of the final lap, Bou was nevertheless able to keep his adversaries in check and even managed to improve on the points in the sections which had previously proved the most taxing.

Takahisa Fujinami showed a fine performance, even managing to lead the scoreboard early during the first lap. ‘Fujigas’ in a race well-suited to his style of riding, put in a high-level ride that saw the Japanese rider improve on his marks over laps two and three which proved enough to secure the third step of the final rostrum.

Jaime Busto was able to overcome a disastrous second lap which left the Basque rookie battling for sixth overall position. Busto had begun well, with virtually equal marks to the first five riders, but a series of errors raised the points on the scorecard considerably. An improved final lap meant that the rider finished in seventh.

Tomorrow sees the second and final day of the French GP in Andon. Riders will have to tackle the same three-lap course as today, which will include twelve sections.

I’m really pleased with this result. Today we did a great job with very few faults and everything went well. I had a slight problem in zone six which I didn’t get right in the first two laps, but on the final round I was able to sort it out. To have picked up nine consecutive wins so far this season has been fantastic and doesn’t seem true, but it’s all down to great teamwork. I hope they change some of the sections before tomorrow, if not, it will be too easy.

The third place finish makes me very happy because it wasn’t an easy trial for me. The sections were very dry and there was a lot of dust. It was hard. But the best thing about it was that I was able to put up with it. I had five points on the first lap for a fall, but the second and third I did really well and I was in the running for second place. Let’s see if we can pull it off tomorrow!

On the first and the third lap I think that things went pretty well. I didn’t see how the riders who were behind me did, but I would say that it was about the right score that I should have got. In the second, I made too many faults and I’ll have to look into why that happened. The sections were fine and as far as the bike is concerned, it was perfect. Tomorrow I’ll try and improve.

A result like that is always satisfying. Toni Bou should be congratulated for getting nine wins out of nine. It’s easy to get complacent when you are so far ahead of the rivals. Also, Fujinami’s podium place should be pointed out. It is extraordinary how hard he works and how much he battles in every section. The team has done their part, but he does the rest and deserves a big round of applause. The seventh place of Jaime Busto isn’t bad because he’s right up there with the top five. He had a bad second lap, but he will be able to learn from the mistakes that he has made. 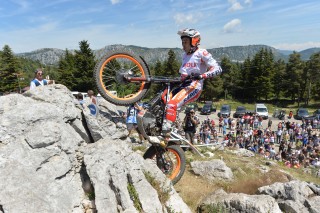 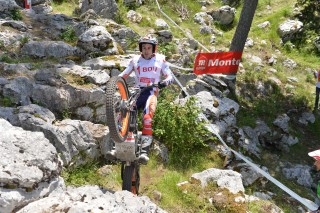 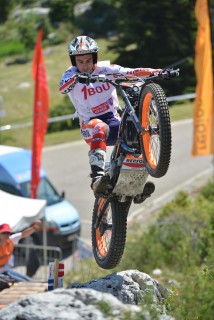 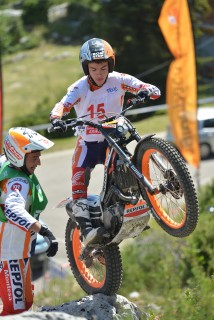