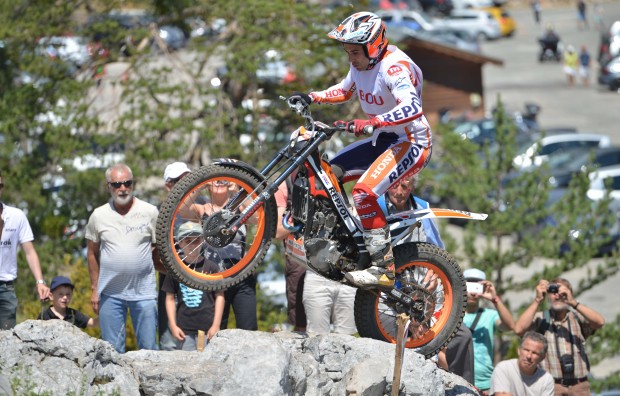 A perfect lap in Andon wasn’t enough for Toni Bou to seal victory on the second day of the French GP in the fifth round of the world championship. The Repsol Honda Team rider saw progress hampered by a fall that puts an end to his season-long unbeaten spell. Bou finished second; Fujinami and Busto narrowly missed podium places.

Toni Bou, for once, had to settle for the runner-up spot in France. In spite of completing a blistering final third lap without so much as a penalty mark, two errors in the previous lap were enough to put an end to an impressive nine-race stretch of wins for the Repsol Honda Team ace. An error in section six and a fall in the final section of lap two translated into a high number on the scorecard. Nevertheless, far from throwing in the towel on the final lap, Bou came out swinging with an even greater determination than usual, scoring a mark-free round over all twelve sections. A brilliant reaction, but not enough to see off nearest rival Adam Raga who stole victory by four points. The Repsol Honda Team rider does, however, maintain a 34 point advantage over the closest second place rival.

After a fine day out yesterday, Takahisa Fujinami came out all fired up for the second day of competition. ‘Fujigas’ got off to a decisive start on the Montesa Cota 4RT with clear intentions of a final podium place. A few extra marks picked up on the final lap deprived him of repeating yesterday’s success. The Japanese Repsol Honda Team rider moves up one place on the overall championship leaderboard and now lies in fourth.

Repsol Honda Team’s debutant in trial’s top-flight, Basque Jaime Busto, made a great start and was rubbing shoulders with the top riders after presenting a low first lap scorecard. The second and third laps saw him drop back before eventually taking a sixth final place.

The Trial World Championship next week shifts to Andorra, where Sant Julià de Lòria will host the sixth Grand Prix of the season. The Repsol Honda Team members will be back in action in the small village in the Pyrenees on Saturday 4th and Sunday 5th of July.

It was a shame. The second lap was poor and I wasn’t able to recover from the mistakes made. I went into section six too quickly and fell in section twelve. I fought hard for second place because I knew that I couldn’t win the trial in sections where it was really difficult to pull back a lot of marks. If you can’t win, you have to settle for second. Today, Adam had a chance in an easy trial which was better suited to him than me. It was bound to happen some day. I will be fighting 100% of the way in Andorra and hopefully the fall won’t affect me.

I’m happy with the first lap which I think that I did very well. Later in the second and third I had a few problems but I think that I was able to sort it out quite well. I was in the running for the podium but I don’t think that a fourth place is so bad. Physically I’m on form and technically I held up well in the top positions. I’ve been in the fight for the podium in recent races.

Today I was more consistent than yesterday. They had hardly changed the sections at all and I was in the pack going after a podium place with Fujinami, Cabestany... I don’t think that I did that bad, but I could have improved over the final laps.

It wasn’t a great day, but that’s the way that it is in this kind of competition. Things didn’t work out quite right for Toni today because of a fall. Even so, the lap without a single point was sensational! Adam has won and we can’t complain. For Fujinami it was a good result which will have us looking forward to the future. Jaime is learning well and followed the same line as he did yesterday. We will get better as things go on. 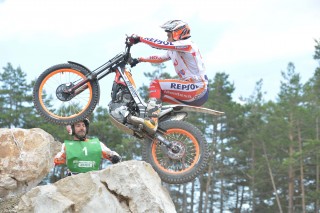 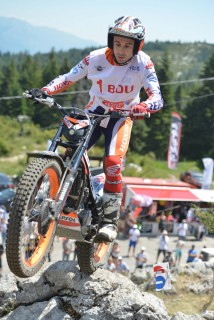 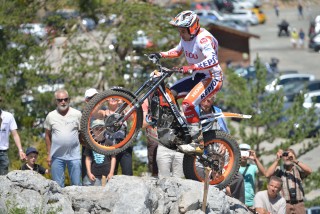 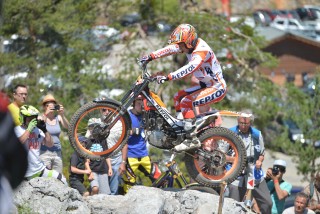 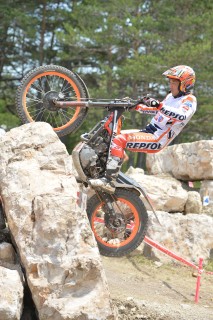 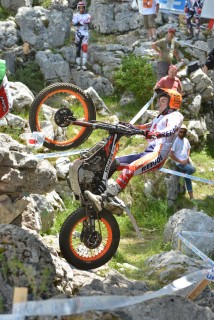 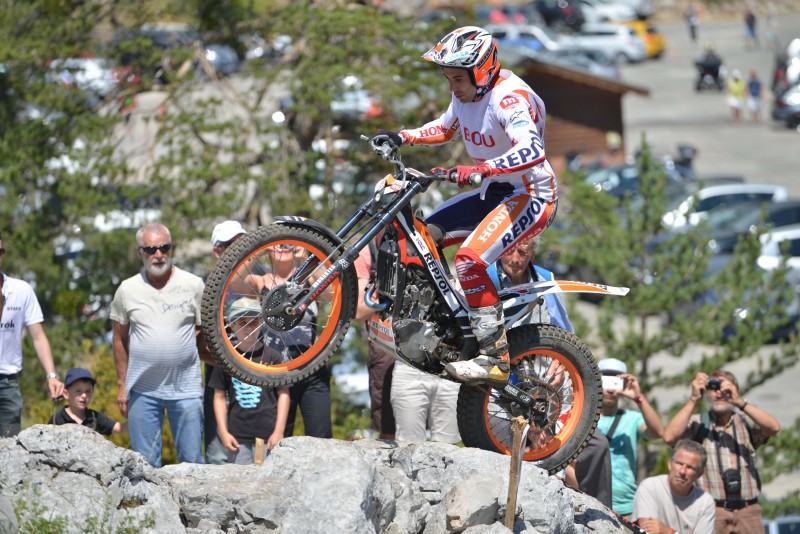