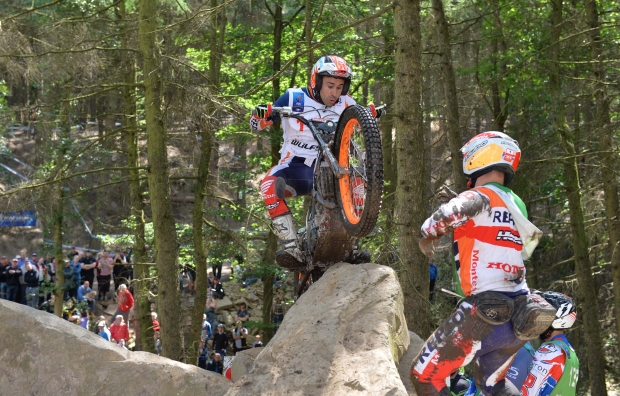 The Repsol Honda Team rider scores a tenth win in the Trial World Championship as he nears another world title. Takahisa Fujinami remains in the third spot.

The seventh GP of the trial calendar finished with yet another victory for Toni Bou who once again proved himself to be unreachable. The Montesa Cota 4RT ace soon put two errors on the first lap behind him, picking up ten penalty marks. The Spaniard took the bull by the horns over the next two laps shaking off any serious challenge from adversaries.

The trial on day two turned out to be a far more complicated affair than the previous day with the course a mixture of dried out parts with other mud-filled sections. Bou appeared at ease throughout, clinching a win that moves the rider ever closer to the goal of a tenth outdoor victory that will bring the rider’s overall tally to twenty championship titles. This should occur in the final date of the 2016 championship to be held in Valchiampo.

Takahisa Fujinami had the podium in sight after the first two laps. Any rostrum prospects, however, went up in smoke on an error-filled final lap. Fujigas finished the day fifth, yet hangs on to an overall third position.

Jaime Busto will prefer to put the weekend behind him. The young Repsol rider took a hard knock on his left leg in section two of the first lap. Busto put in some good moves but over-filled the scorecard and leaves the UK far from content.

Repsol Honda Team now gets a well-deserved rest until the 3rd and 4th September when the curtain comes down on the 2016 outdoor trial season. Italy’s Valchiampo will host what promises to be a historical event.

In the first part I made a few mistakes. I got two five point penalties but after I pulled it together on the second and third lap. I come away feeling very pleased with the GP which has been an important one for the championship. We have made a giant step, without a doubt, towards our goal that we set out at the start of the year, which was the title. But we have to keep on fighting until the end, as we have said before. Now it’s time for some well deserved holiday and we will be back stronger than ever for Italy.

I thought that I would be able to finish on the podium but I ended up missing out on it by a long way. On the first lap I started quite well but I started to make a lot of mistakes on the second. I got a bit too nervous on the final lap as I was looking to get a zero. But the zero never came. It worked out very badly. In the end one has to look at the championship. I have a 14 point difference over Cabestany and I should be able to grab the third spot. I intend to seal it in Italy.

There was little change from yesterday. I started well, but I fell and I hit my leg in section two. On the second lap I made several mistakes in a row and picked up five consecutive five marks. My leg was really hurting, but that’s not really an excuse because I made too many errors. Really bad. It’s not the result I wanted.

Toni’s weekend has been unbeatable. Yesterday he walloped everyone and today scored a victory in a complicated trial. He has had a great championship and he is a stone’s throw away from the title. We will come back from the holidays ready to achieve the year’s goal. For the rest the results weren’t so good. Fuji will have to suffer until the final moment to get his third place, but Fujinami doesn’t have to prove anything to anyone: he has already done it in the last twenty years of trial. Jaime took a hard hit today in the second section and that affected him throughout the whole day. We still have to do a bit of work to achieve our objective. Thanks to the whole team and have a great holiday. 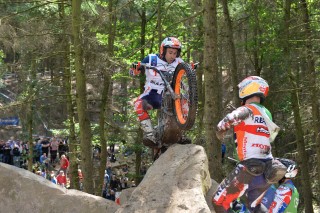 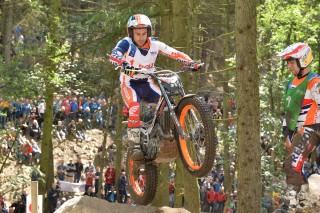 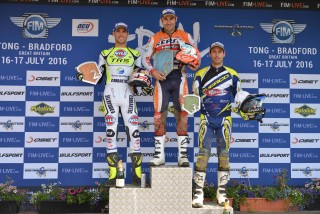 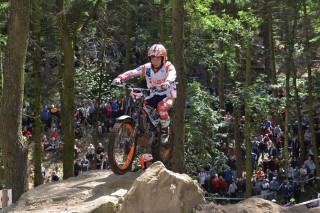 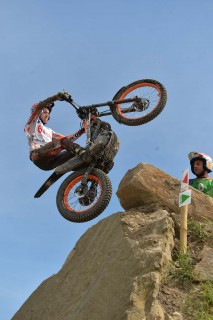 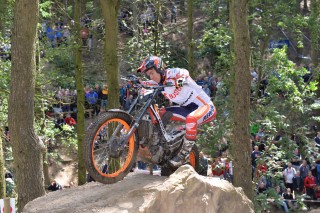 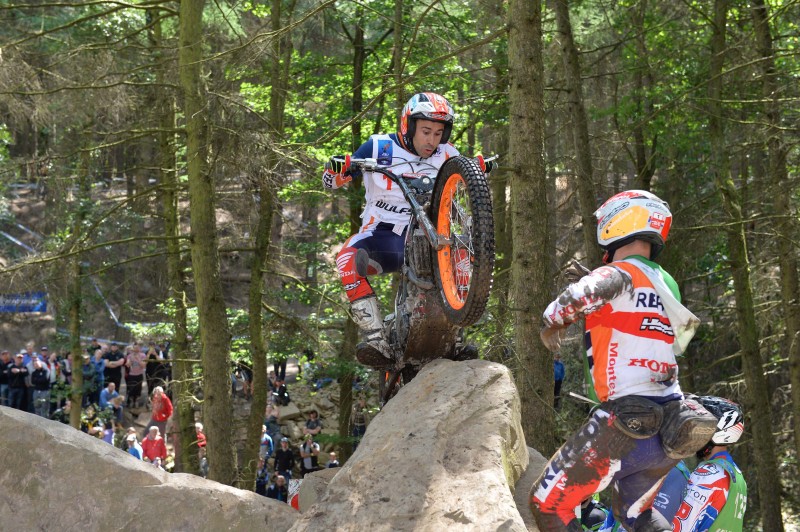