After an intense day of action between Toni Bou – Repsol Honda and his fellow Spanish countryman Adam Raga – Gas Gas, it was his rival who came out on top and in doing so took a narrow two point lead over Bou at the head of the championship. Japan’s Takahisa Fujinami, on the second Repsol Honda, finished in sixth position and holds onto his third place in the championship standings.

A good strong crowd of island residents came out in the sunshine to watch the riders in action at the third round of this year’s FIM world trials championship. Sixteen riders were entered in the World Pro class to contest the action over three laps of twelve sections with the majority of them based around the headland of orange rock overlooking the coastal port of this picturesque area. The sun remained until the latter part of the day when rain threatened to spoil the day’s proceedings but fortunately it never came.

It was looking like it was going to be a very close battle between the two leading riders Toni Bou – Repsol Honda and Adam Raga – Gas Gas from the very early part of the day’s competition. Bou was the first of the two to part with any marks when he lost a five mark penalty on section three before Raga had a stop in section four, followed by a run of single mark penalties in the next four hazards. Bou kept his riding flowing with two more single marks losses to finish the first lap on seven marks lost to take a three point advantage over Raga who was on ten marks lost having parted with another on section eleven. In contrast the only other rider under twenty marks lost after the opening lap was fellow Spanish rider Albert Cabestany – Sherco on fifteen.

On the second lap Bou suffered two maximums and a two mark penalty as his challenger Raga was in excellent form, parting with a mere two marks with Cabestany remaining their closest challenger. Takahisa Fujinami – Repsol Honda was off the pace of the leaders on the first lap but came fighting back with a score of sixteen on his second lap.  However, the damage was done and on this occasion he would not be able to mount a challenge for a win.

On the final lap Bou would make it very difficult for himself to challenge for the win when a five mark penalty on section eight ended his hopes. On the other hand Raga remained calm to match his second lap score of two to take the victory and with it the championship lead from Bou by two points. Fujinami finished in sixth position but still retains third place in the overall championship standings.

“I am never happy to finish second as my goal at every competition is to win. Since the last round of the championship I have not been able to train as much as I would have liked as I had to rest to give my three cracked ribs the chance to recover. Before the next round in one weeks’ time I will resume my regular training schedule and go to Italy with one thing on my mind and that is to win and move back to the head of the championship standings”.

“When we went to the training area at this event I did not feel comfortable with the terrain. The rocks we were riding on gave a very high level of grip to the machine which did not suit my riding style. On my first lap I had too many five mark penalties to challenge for the win but I came back very strong on my second lap. Mostly though I am happy to retain my third place position in the championship standings”.

Trial Round 3   Trial of Europe Corsica 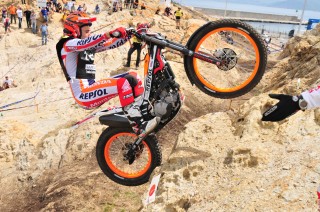 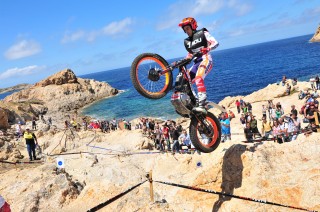 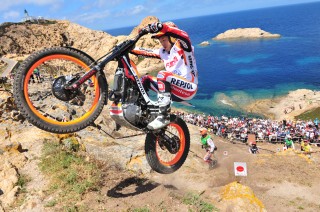 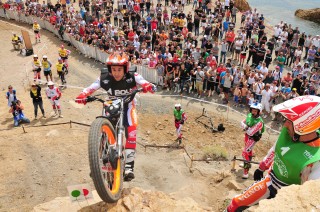