The Repsol Honda Trial Team rider has lifted aloft yet another world championship trophy today, this time as part of the Spanish Trial des Nations squad competing at Monza. It marks a seventeenth title for Bou with the national team. Toni Bou, alongside team-mates from the Real Federación Española de… read more. 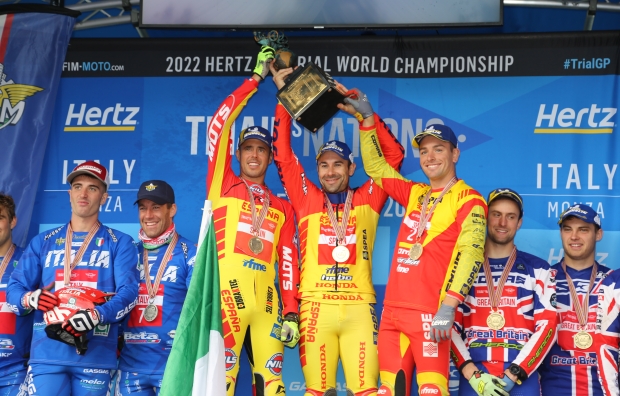 Toni Bou closes the 2022 season with another win in Italy. Marcelli, fifth in the World Championship

The flamboyant 2022 TrialGP World Champion, Toni Bou, wrapped up the season with a win in Ponte di Legno. Gabriel Marcelli, fifth in on the day, concludes the world championship in fifth. And Montesa succeeds in adding a new constructors’ title. The curtain has come down on the TrialGP 2022… read more. 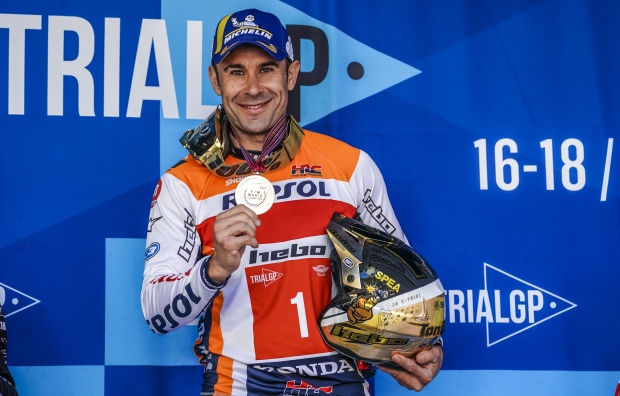 The 2022 TrialGP World Championship crown has a new owner – none other than Toni Bou. The Repsol Honda Trial Team rider, second in today’s trial in Ponte di Legno, now possesses 32 world trial titles, with a tally of 16 consecutive titles in TrialGP and another 16 in X-Trial.… read more. 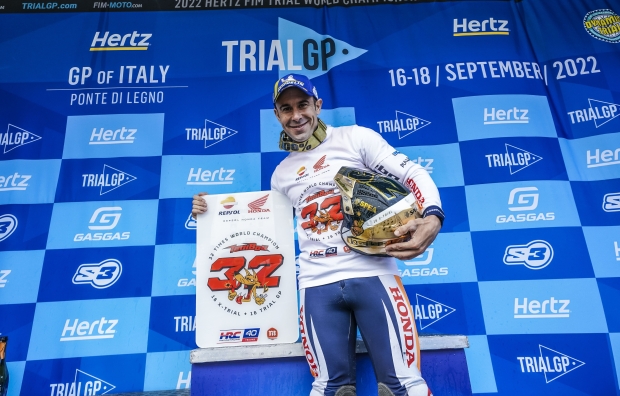 World champion Toni Bou, the most garlanded athlete on the planet, has just added a further title to his lengthy list of titles. Today, in Italy, the Repsol Honda Team rider mathematically sealed a 16th TrialGP title, the 32nd of his world championship career. In today’s trial at Ponte di… read more. 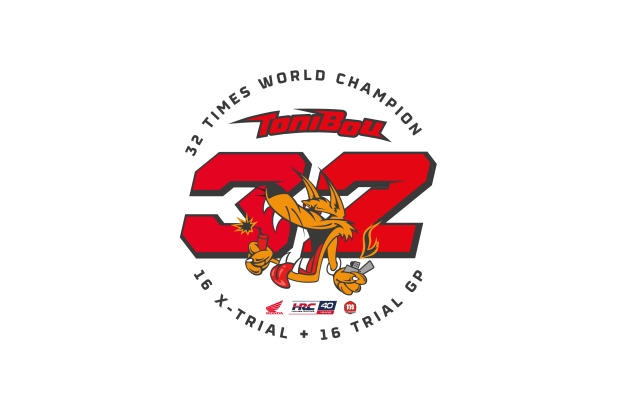 Toni Bou poised to secure a new title in Italy

The Repsol Honda Trial Team rider heads to Italy, the final round of the calendar, looking to secure a new TrialGP world title. Team-mate Gabriel Marcelli will be on the hunt for a best season finish. The final round of the 2022 TrialGP World Championship will be held this weekend… read more. 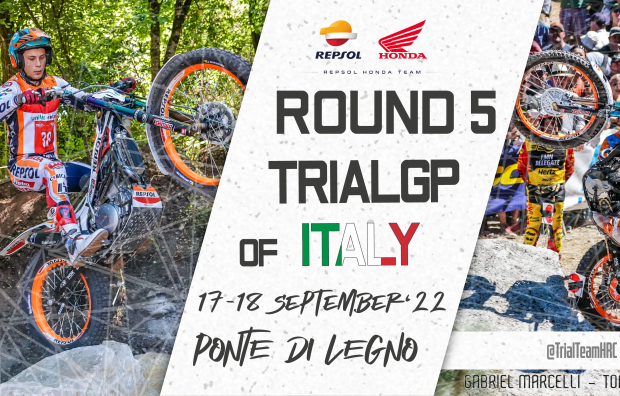 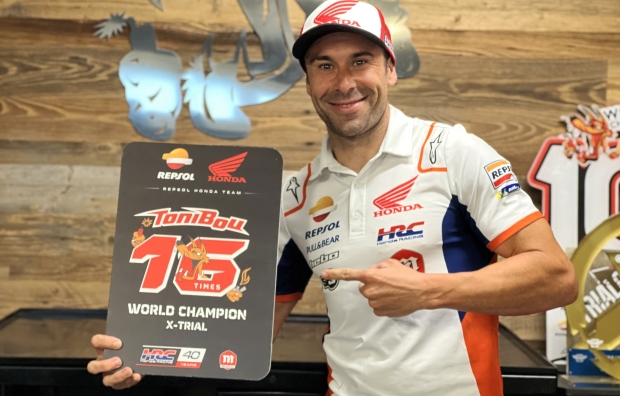 Repsol Honda Trial Team rider Toni Bou sealed a crucial and comfortable victory in the French town of Cahors that moves him ever closer to a new TrialGP title. Team-mate Gabriel Marcelli, was fourth on the day after a very closely-fought battle for the podium. As the 2022 TrialGP World… read more. 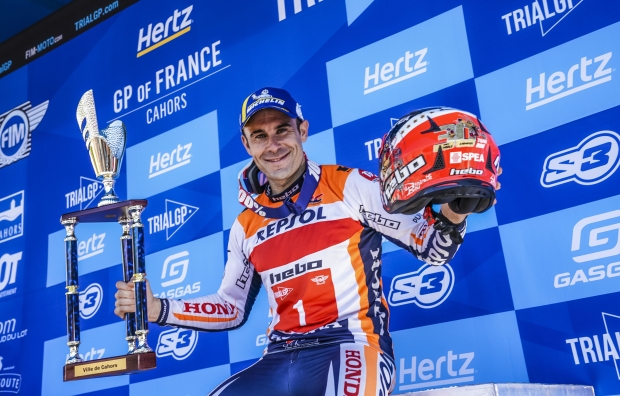 After a fifth season win clinched last weekend in Belgium, the TrialGP World Championship moves straight on to the eighth date of the season set to take place this coming Sunday. Bou edges ever closer to the title and Marcelli to the podium. The monumental city of Cahors in the… read more. 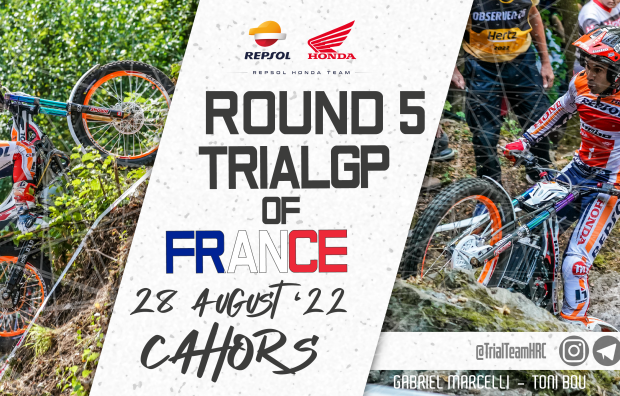 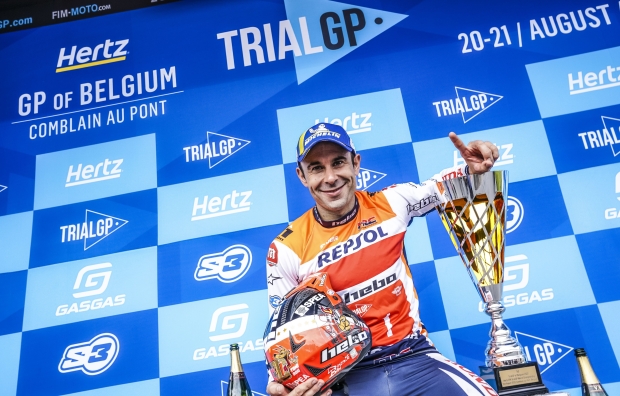 Next Sunday sees the seventh date of the TrialGP 2022 World Championship. Toni Bou and Gabriel Marcelli, holding first and seventh positions respectively in the general standings, begin the final assault with the competition still wide open. The countdown to a new world title for Toni Bou – his 31st… read more. 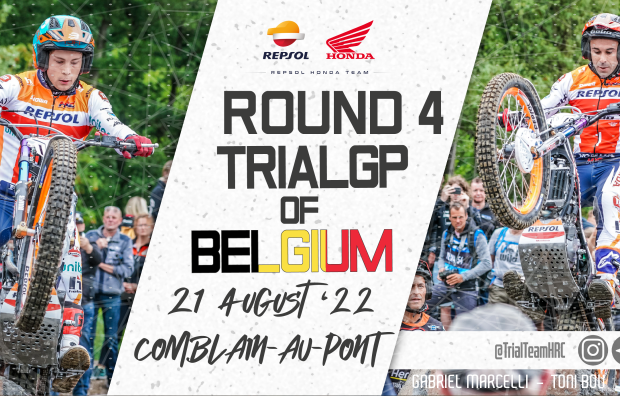