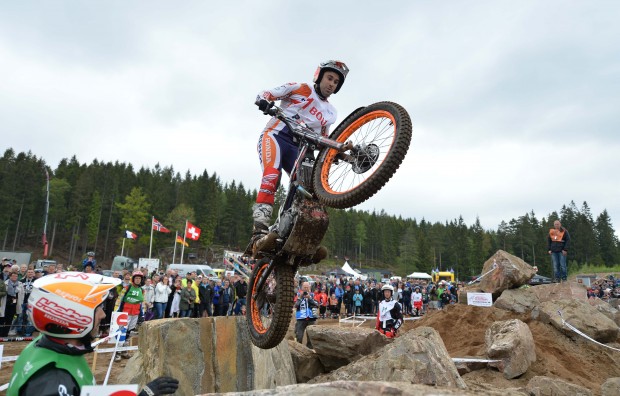 The opening day of the Swedish Trial GP produced some excellent results for Repsol Honda Team with Toni Bou grabbing the fifth triumph in the season’s fifth race. Takahisa Fujinami was back on the rostrum while Jaime Busto’s apprenticeship with the squad continues.

Boras, Sweden today bore witness as the ‘Bou Show’ stormed on to five consecutive wins out of five so far this season in the FIM Trial World Championship. It proved to be a tricky first day in Scandinavia in conditions hampered by rain this morning, making the sections more complicated than they had previously appeared. In a repeat of what had occurred in last week’s Czech Republic GP, several mistakes on the first lap saw Bou momentarily dropping the race leadership, before making amends and retaking top-spot on the second lap. Once more the Repsol Honda Team rider used the twelve-hazard third lap to keep adversaries in check and secure the top-step of the podium.

Honda side-kick Takahisa Fujinami, likewise, had a good day in the office. Bou’s Japanese team-mate at Repsol Honda Team rode an intelligent, technical race that saw him on course for a podium finish throughout. The rider scored a great final lap, improving considerably on the previous two, but fell two points shy of equally his Japanese GP result and was forced to accept third place on the rostrum.

After a series of excellent recent results, Jaime Busto today came up against some troublesome sections ill-suited to his riding style. The rookie picked up more penalties than usual, which proved costly and resulted in a ninth final position. Until today, the Basque rider had marked the best ever start for a debutant in the highest category.

Tomorrow the second and final day of the Swedish Trial GP is set to repeat the route of today: twelve sections to be tackled over three laps of three kilometres.

I didn’t start off badly, but I did pick up an early fault in the fifth section, which it was hard to come back from and I finished the first lap collecting another fault at the eleventh. On the second lap, which was another good one, I improved and pulled back and on the third lap I was able to assert myself in spite of another fault in one of the sections. Despite this, I’m really happy with the result and for the fifth consecutive win. I want to thank my minder Didac Cercós, who is back in the world championship and I want to send best wishes to Joan Cordón for a quick recovery.

I’m very pleased today. Right from the start I was doing well and was very focused. The sections were very slippery and I tried to make it through the hazard before making any faults. I felt good on the bike. Everything was going well until I hit my toe which set me off once again. The last lap was amazing; I was trying for second place but Jeroni Fajardo was really strong and I didn’t manage to make it. But I’m very happy all the same to be back on the podium and to be keeping up a great pace.

Today was the day that had been coming to me. The trial was complicated and slippery – I don’t get on with this type of sections. I tried to figure out how to do it properly but I couldn’t get it. I’m not happy with the way I was riding. I know that I have to improve in these conditions, because today hardly anything worked out right.

Today we got a really great team result. Toni did it as he always does - really well - and Fujinami had an excellent trial too. It was a pity for Jaime Busto who never really felt comfortable in this very complicated trial, but that’s the price that he has to pay this year. The team is doing really well in the championship with Toni in command and Fujinami in a good position. Tomorrow we’ll try to continue this way. 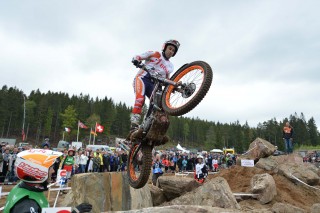 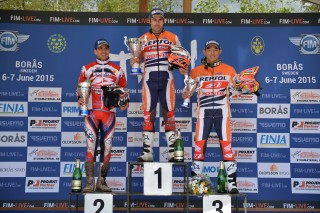 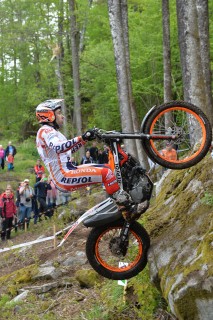 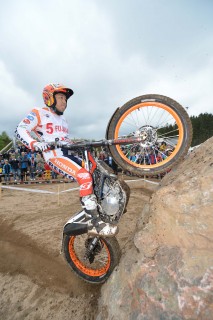 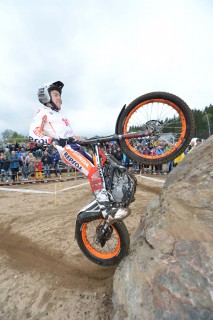 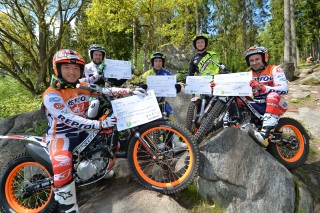 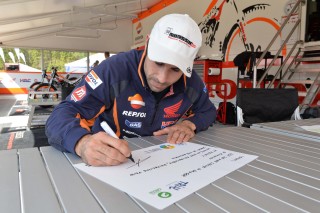 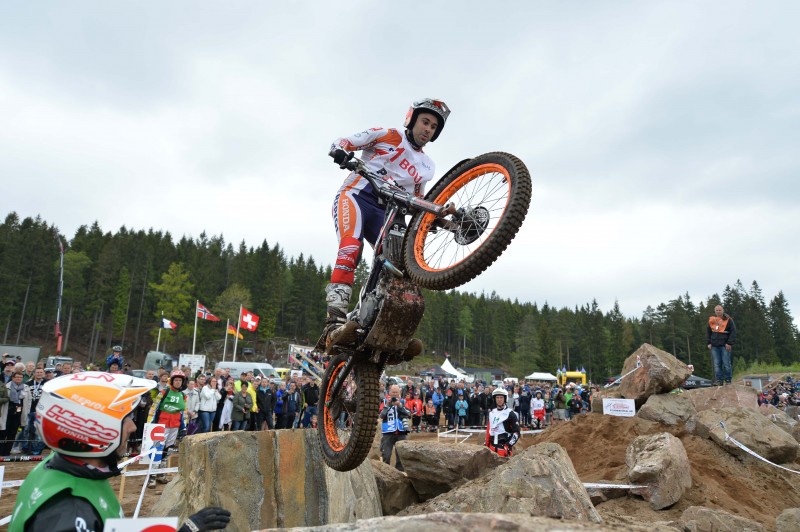